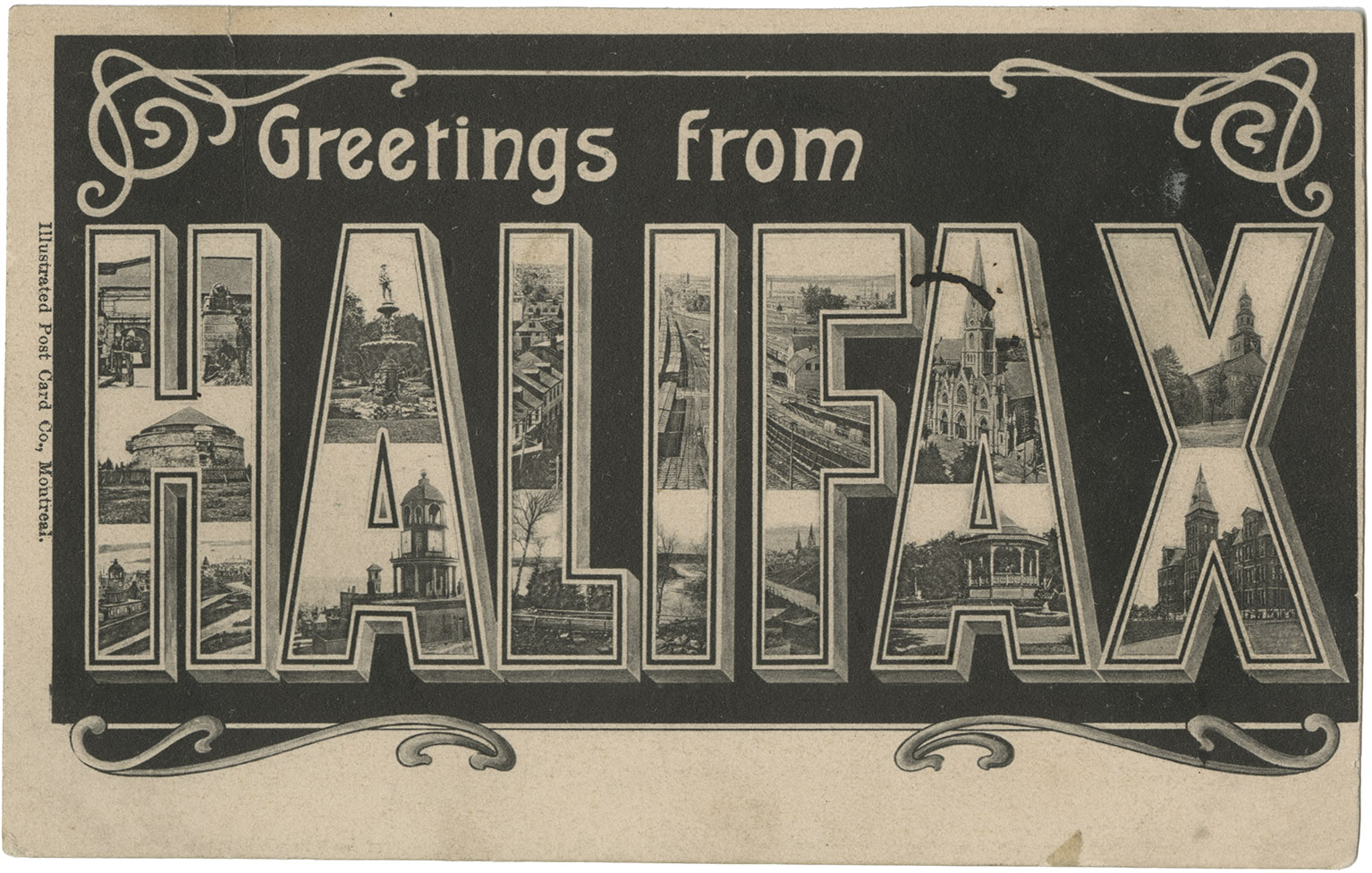 Halifax in the 1860’s was a bustling Victorian seaport city, with a thriving import and manufacturing economy, and a dedicated public interest in providing more accessible services, such as clean water, firefighting stations, hospitals and schools, all with a watchful eye to the unfolding American Civil War in the south.

While it was a decade of growth, it was also a decade of change, with a significant decision to make – should Nova Scotia join with the other provinces in Confederation?

Many of the public services and heritage buildings we know today were present during this very public and very divisive political debate for and against union.

Join us in exploring how Confederation left its mark on the City and the County with this virtual walking tour featuring early 20th Century postcards from the Halifax Public Libraries Library and Community Archives database.