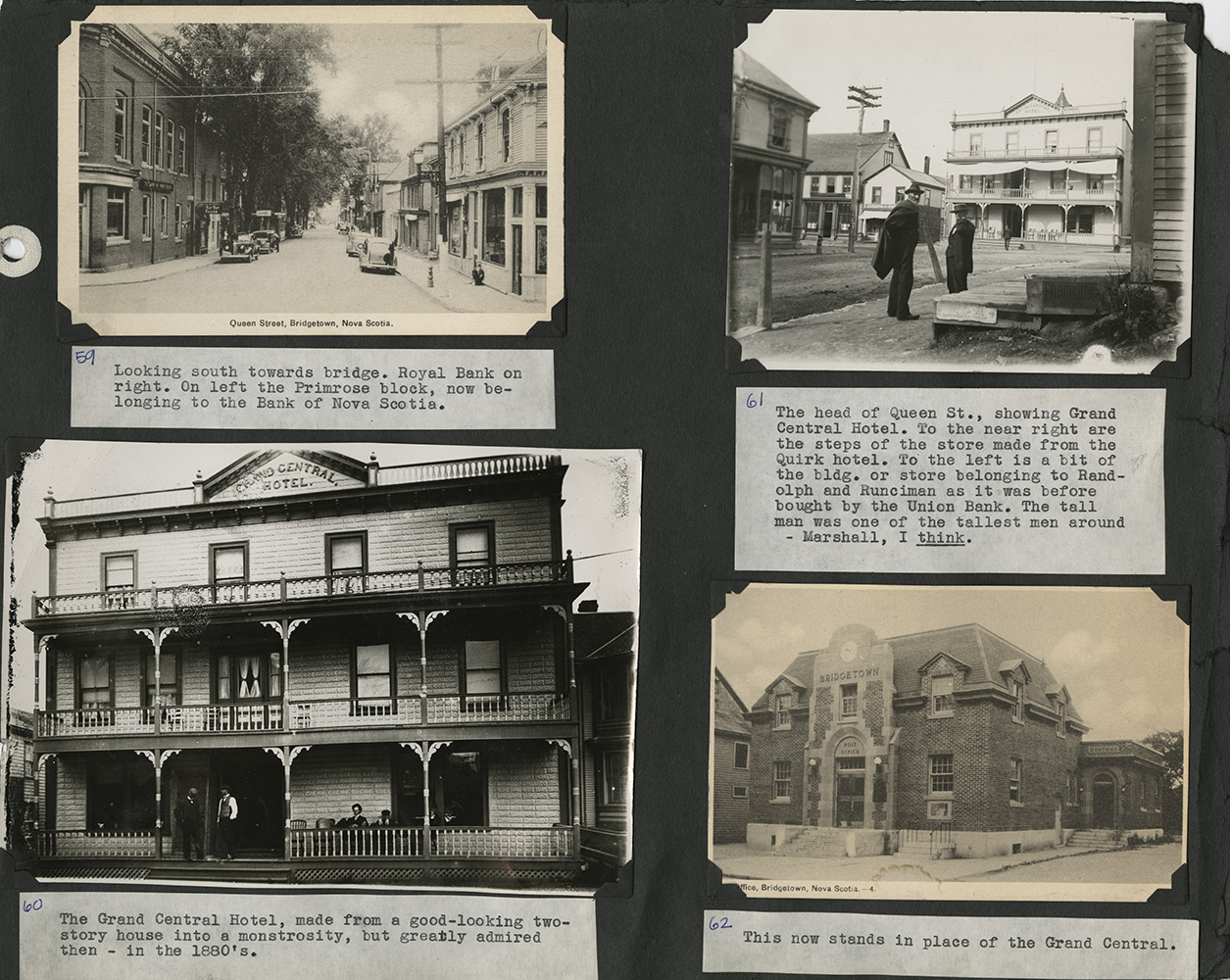 59: Looking south towards bridge. Royal Bank on right. On left the Primrose block, now belonging to the Bank of Nova Scotia.

60: The Grand Central Hotel, made from a good-looking two story house into a monstrosity, but greatly admired then - in the 1880's.

61: The head of Queen St., showing Grand Central Hotel. To the near right are the steps of the store made from the Quirk Hotel. To the left is a bit of the bldg. or store belonging to Randolph and Runciman as it was before bought by the Union Bank. The tall man was one of the tallest men around - Marshall, I think.

62: This now stands in place of the Grand Central.