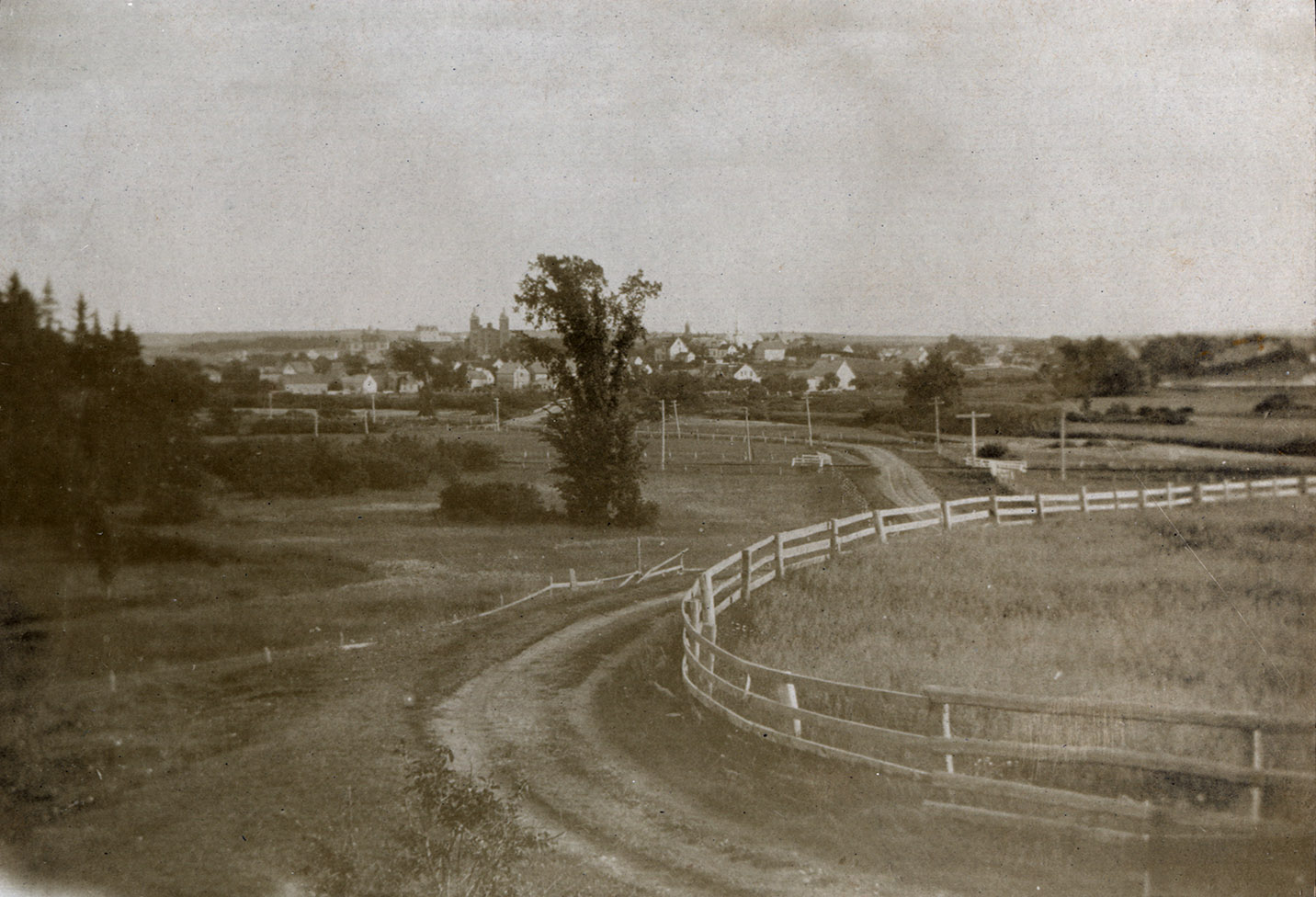 A Story from the 'Nish

The objective of this project is to give some insight into Antigonish Town and County over the past 150 years. We have provided snapshots in time which reveal aspects of day to day life in this community. The album is organized chronologically, and it includes photographs, archival documents, and a few songs. Our hope is to represent in some small way the contents of our collection, to show its diverse nature and to highlight items which may not have been shown in the past.

Antigonish is both a Town and a County located on the northeastern district of mainland Nova Scotia. It is bordered on the north with the Northumberland Strait and St George's Bay, to the east by the Strait of Canso, to the west Pictou County, and to the south Guysborough County.

Archaeological evidence supports the presence of Native Mi'kmaq in the region for over 9000 years. Acadians and those of French ancestry were among the earliest peoples settling east of the present day town in the Pomquet, Tracadie and Havre Boucher area. Loyalist soldiers disbanded after the American Revolution took up grants of land on both sides of Antigonish Harbour in 1784. Around that same time (1787), Black Loyalists established a settlement in the Monastery / Tracadie district. Scots in very large numbers were among the next to arrive in the late 1790s through the 1830s. Other ethnic groups in smaller numbers came throughout the settlement period including Irish, English, Belgian monks, Lebanese and others. The next large group of immigrants to arrive were the Dutch who came in the post Second World War period; many of these were attracted to the opportunities in agriculture.

Our economy is resource based in the rural areas with dairy farming important to the agricultural sector, lobster fishing makes a significant contribution to the fishing industry, with pulp and paper a backbone to forestry in the region. The Town of Antigonish can best be described as a service centre for the area with two major employers in the Town — St Francis Xavier University and St Martha's Hospital. The University is primarily undergraduate offering degrees in Arts, Sciences, Business and more. The student population is approximately 4000. The Coady International Institute affiliated with St. F.X. offers students, including those from the third world and developing countries a program in Socio-economic development.

Our People's Place Library has become a hub of activity on Main Street offering a social and safe location for people to meet and more fully participate in Antigonish life.

The Antigonish Highland Society is one of the community's cultural institutions. Established in 1861, it has hosted annual highland games since 1863. It features the traditional music, dance, and athletics of the Celts. Theatre Antigonish and Festival Antigonish offer a series of performances both amateur and professional year-round.

Our natural assets are many with beaches and panoramas that truly inspire. For the sports minded family — facilities within the region include three ice surfaces, a curling rink, sports fields and more. There are several walking trails that range from the easy to the more challenging for life long healthy living.

The Antigonish Heritage Museum opened to the public in its current location in June of 1991. It is housed in the former CN Railway Station building, a structure completed in 1908. It is an architectural gem and represents for many, the place from which they left to seek opportunities and adventure afield; for others it is the place where their first memories of Antigonish begin. It is a fitting location for a museum and archives, a repository for the rich material culture of this region.

Prior to 1991, the Municipality County of Antigonish provided rooms at 42 West Street for volunteers with the Heritage Association of Antigonish to begin the process of collecting and documenting for a future Museum. With the discontinuance of passenger rail service to the area in 1989, an opportunity presented itself, the train depot became surplus to the needs of CN. The building was offered to the Town of Antigonish for a nominal fee with the stipulation that it be used for a not for profit organization. The Antigonish Heritage Museum found a home.

The last number of years saw friends and community members donate artifacts and archival materials to build the collection. Projects have been undertaken to capture the stories and recollections of senior residents. Major renovations have ensured the building will provide a safe, secure home for the preservation of our heritage for years to come.

Exhibit and resource rooms are accessible to the public. We welcome researchers and genealogists to visit our library or to phone ahead if you wish to have assistance with your project. During the fall and spring months, we offer a guest lecture program discussing many aspects of the history and culture. Each summer we host weekly ceilidhs on Thursday evenings during July and August providing an acoustic venue for musicians of traditional music and song. A fee is charged. 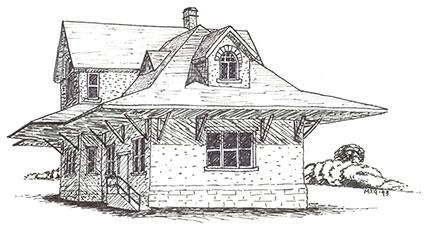 We hope that you will discover something of Antigonish as you look through this site. For further information about the Antigonish Heritage Museum, please visit our website.