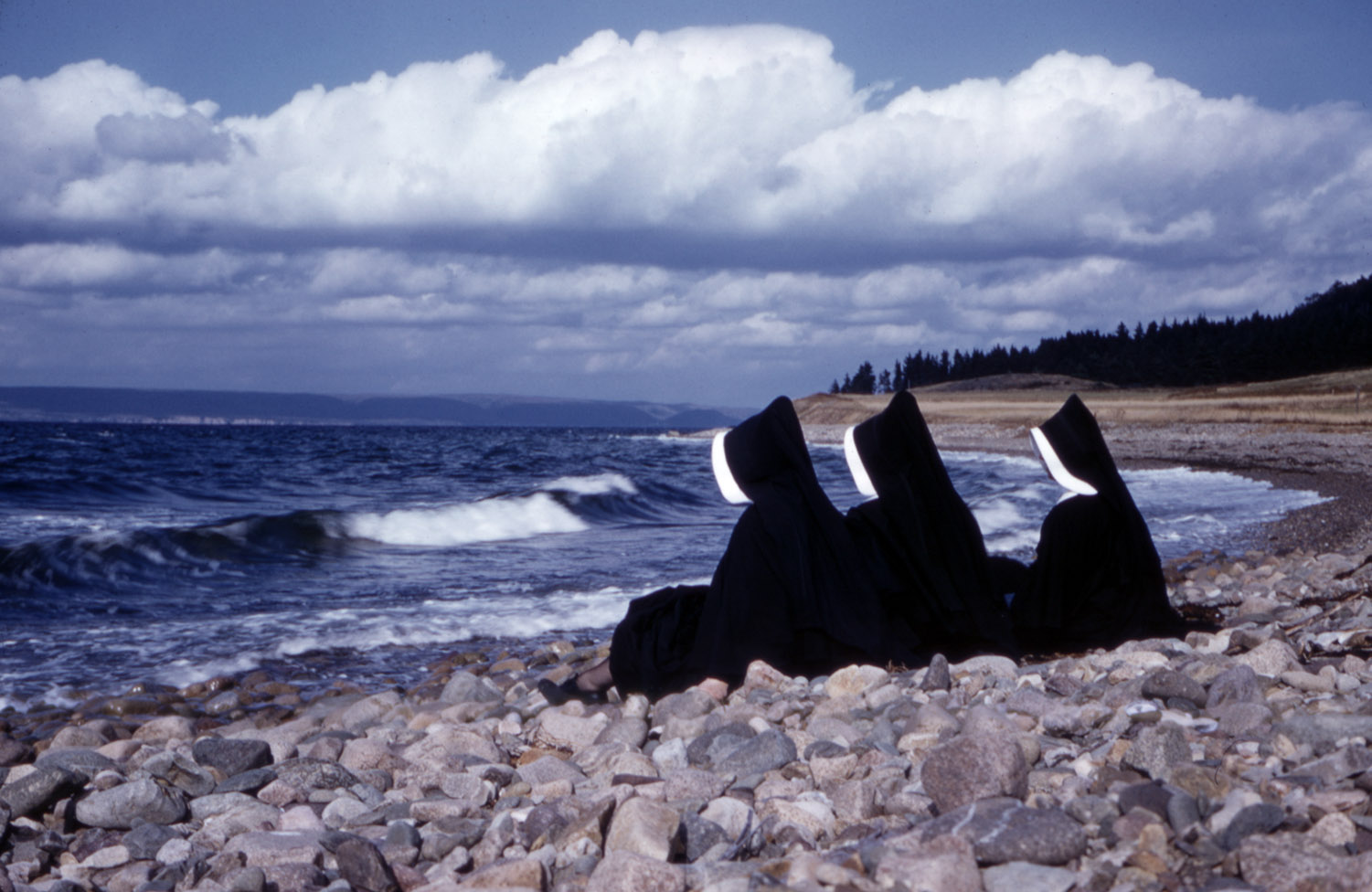 Sister John Mary (Sadie) McNeil was born in 1907 in Sydney, Nova Scotia. She entered the Sisters of Charity-Halifax congregation in 1928 and made final vows in 1930. A professionally trained violinist and pianist, Sister John Mary spent much of her forty year career teaching elementary school and music classes in New Jersey and Nova Scotia, especially Cape Breton. In addition to her musical talents, Sister John Mary was also an avid photographer, capturing proud moments of her students’ musical achievements as well as rare glimpses into the life of the Sisters in their missions.

After Sister John Mary’s death in 1993, the Sisters of Charity-Halifax Archives received thousands of slides, photographs, and a photo album. Thanks to a grant from the Canadian Council of Archives, the slide collection was appraised, arranged, and described in 2001. The slides chosen for the Community Album reflect Sister John Mary’s work and community life in Saint Anne’s Convent (Glace Bay, NS) from 1954-1960, Saint Ambrose Convent (Yarmouth, NS) from 1960-1962, Saint Charles Convent (Amherst, NS) from 1962-1965, and Our Lady of Lourdes Convent (Stellarton, NS) from 1965-1967. These slides also show Sister John Mary’s summer visits to other convents and vacation homes during summer break from school. Sister John Mary also extensively photographed the new Sisters of Charity Motherhouse in Halifax, NS shortly after its opening in 1959. The new Motherhouse, said to be the largest building east of Montreal at the time of its construction, replaced the original Motherhouse, which was destroyed in a fire in 1951. Sister John Mary’s photographs capture the day-to-day work of the Sisters in the Motherhouse, including preparing meals, doing the laundry, sewing habits, and studying in the library.

The scrapbook selected for the Community Albums project documents the “Harmony Nine,” an award-winning student orchestra from St. Joseph’s Convent in Reserve Mines, Cape Breton, NS. Sister John Mary was missioned to St. Joseph’s Convent in 1934 and taught music, choir, and led the orchestra until her relocation to St. Agnes Convent, New Waterford, NS, in 1945. The scrapbook consists of newspaper clippings about the orchestra, portraits of the students and their awards and programs of their performances. The scrapbook also traces the successful music careers of Sister John Mary’s former pupils as well as highlights important events in Reserve Mines, including a visit by the famous von Trapp family in March 1945.

The Sisters of Charity-Halifax Archives acquires, preserves, and makes accessible the records of the origin, history, spirit, ministry, and growth of the congregation from its beginnings in 1849 to the present day. These records include not only the official papers of the congregational administration, but also the life and missions of the Sisters in Canada, the United States, Bermuda, Peru, and Dominican Republic.

For more information about the Sisters of Charity-Halifax Archives, visit their website.