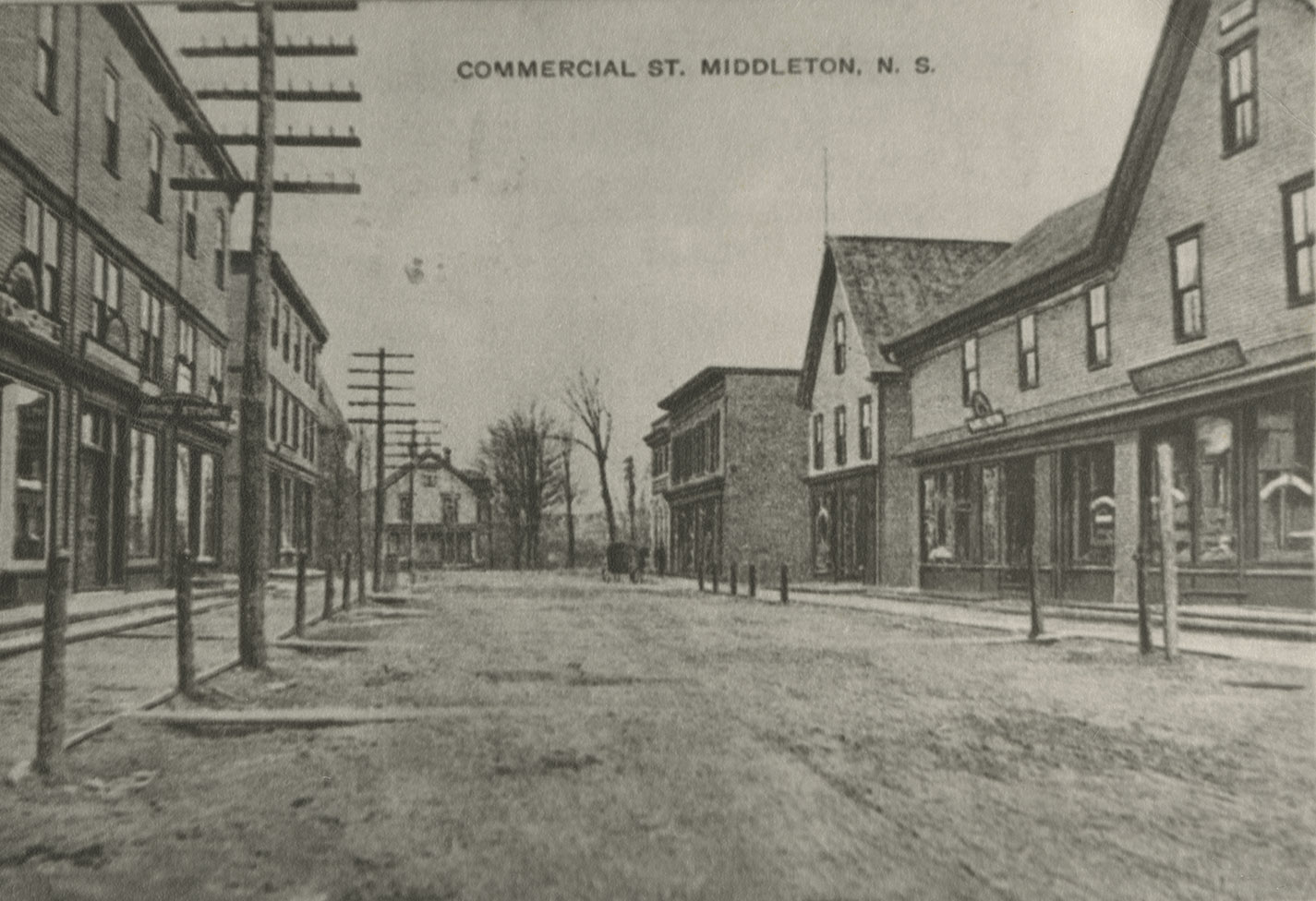 This collection of photos selected from the library of the Annapolis Valley Macdonald Museum for the Community Albums project were chosen to represent various aspects of the town of Middleton’s history in the Annapolis Valley. Middleton, known as the “Heart of the Valley” due to its central location, was incorporated in 1909, but the album includes photos that precede this date. Middleton is located at the east end of Annapolis County, 153 kms northwest of Halifax, 53 kms west of Kentville and 48 kms east of Annapolis Royal.

The Province’s native Mi’kmaq and later the Acadians likely traversed the land that now constitutes Middleton, but permanent settlement in the area did not begin until the Planters arrived from New England in the 1760s. The Gates, Marshalls, Richardsons and Neilys were four families who received Wilmot Township grants that covered the area of present day Middleton. Grants were laid out as long rectangular pieces that ran from the Annapolis River to the top of the North Mountain. Most of Wilmot Township had been granted by 1800. The next group of settlers were the Loyalists from the United States who arrived in Annapolis County in 1783 and quickly spread to the Middleton area. The Old Holy Trinity Church constructed by the Church of England at the west end of town between 1788 and 1791, remains there today.

Middleton came to be known as the corners for the two roads that intersected the Main, or Post, Road which ran through the Valley. Commercial Street lead to the North Mountain and Bridge Street, lead south across the Annapolis River. The town was also knows as Wilmot Corners, Fowler’s Corner (after an early settler) and Gates Ferry before officially being named Middleton at a public meeting in 1854. It is believed that Reverend James Robertson suggested the name because of its midway location between Kentville and Annapolis Royal.

The images that are included in this album are organized according to the following themes: street scenes, businesses, military and scouts, schools, and sports. These images are just a fraction of those available at the museum library’s archival collection.