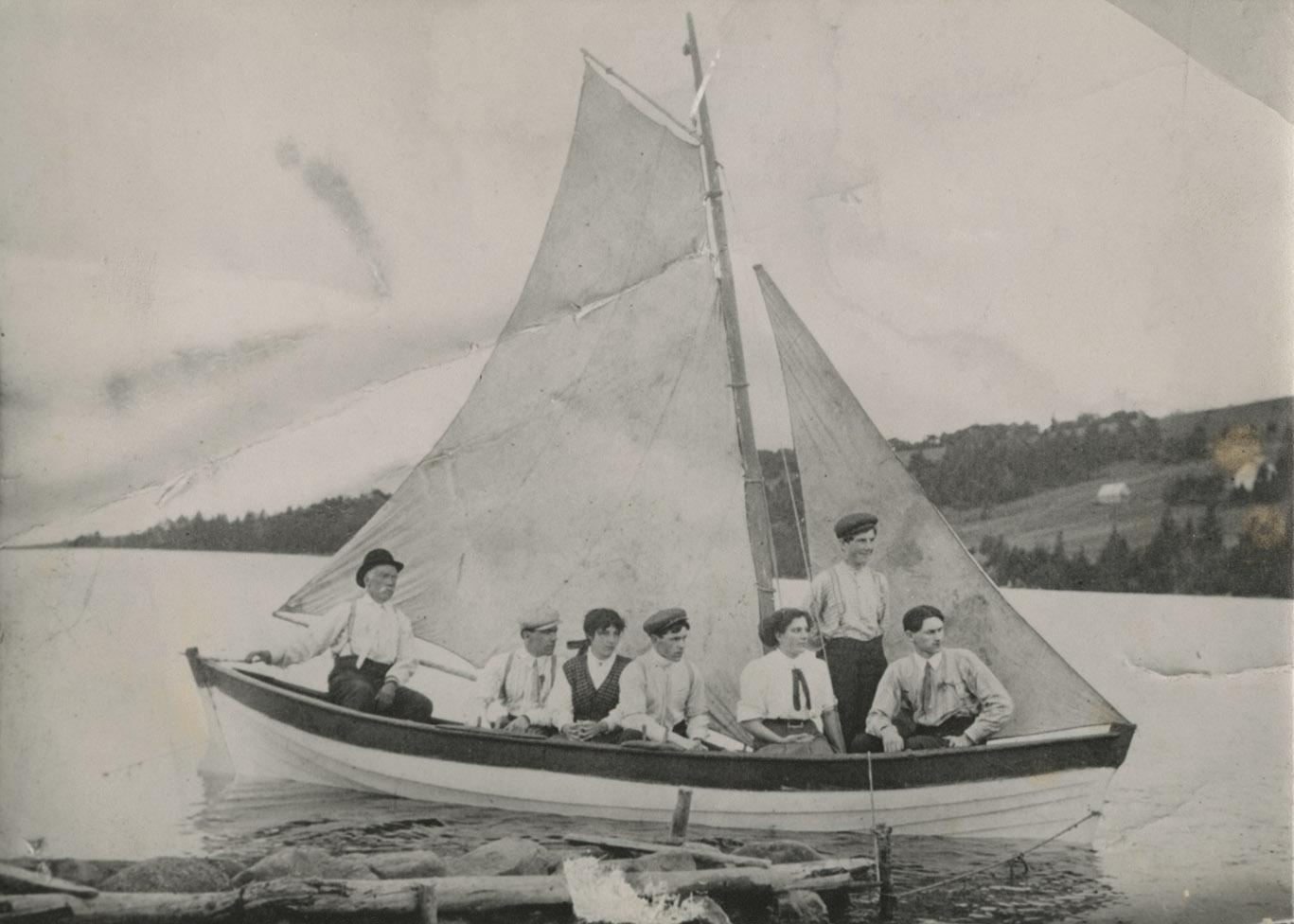 Better than gold is the tale well told

The faces in our family photos create a silent memory of a moment in time. From tin-type to modern digital images, study the faces. What stories do you see? Our exhibit is divided into 11 sections to tell the Nova Scotia Gaelic story and give a glimpse of its faces through time.

The Scottish Gaels are a people indigenous to much of the mountainous area of northern Scotland and the Hebrides. Their linguistic and cultural ties are closely related to the Gaels of Ireland, historically separate from the language and society of the Scottish Lowlands. Among the thousands of Gaelic-speaking Highlanders immigrating to Nova Scotia in the 18th and 19th centuries, few would have understood a single verse of Robbie Burn’s poetry

An Gàidheal Eachdraidheal / Gaels of the Past

Highlanders arriving in Nova Scotia were sometimes little pleased with their new circumstances, as evidenced by the Tiree bard, John MacLean, who lamented the loss of an easier life in western Scotland and the Laird of Coll’s patronage:

`S mór a dh’atharraich an saoghal
Greatly has life changed
`S mise dh’fhaodadh sin a ràitinn
Tis I who can state as much
Thug e car dhomh nach do shaoil mi
I was decieved in a way I hadn’t considered
Chuir e `n aois mi na bu tràithe
And that has aged me prematurely
Tighinn dhan choillidh fad o dhaoinibh
Arriving in a wilderness far from camraderie
Leagadh nan craobh às an làraich
To cut the trees from their roots
Ged a fhuair mi fearann saor
Although I got the land cheaply
Is goirt a shaothrachadh gu àiteach
Sore the labour needed to cultivate it.

Not all Highlanders shared the same opinion on challenges for an improved life in the province’s northeast. A Uist song maker’s view of a future on Cape Breton’s Judique shore extolled potential.

O, is àlainn an t-àite
O, lovely the place
Th’agam an cois na traghad
Situated by the shore
Nuair a thig e gu bhi àiteach ann
When the time comes to cultivate it
Leis a’ chrann, leid a’ chrann, O
With the plow, with the plow, O
Nì mi an t-aran leis na gearrainn
I’ll win my bread with the geldings
`S an crodh bainne chur mun bhaile
An spread dairy cows around the farm
`S cha bhi annas oirnn `san earrach
There will be no scarcity in spring time
Chuirinn geall, chuirinn geall
I will wager, I will wager

The Highlanders’ language of field and fireside was Gaelic, the medium through which their customs, sung poetry, lore and stories were transmitted over generations.

Gaelic-speaking settlers took up land holdings in Nova Scotia based on kinship and common religious adherence. Settlers hailed from the Hebrides and mainland districts such as Morar, Moideart, Lochaber, Sutherlandshire, Glen Urquart and Strath Glas. Commuity-based distinctions in such as dialect, song compositions, religiosity and surnames can be observed to the present in eastern Nova Scotia.

The vast majority of Scottish Gaels coming to Nova Scotia spoke no English and were illiterate. Ministers, or priests, would often look after the need for correspondance. Regardless, the Gaels’ were not an unlettered people. The song tradition alone voluminously records their Nova Scotia expeience. A Highland immigrant settling on Boulardarie Island remarked on the custom of footwear in the winter:

In a developing economy, with few commercial foundations, rural life on the farm - and by the sea, meant diversification in a subsistence way of life. Women kept the home fires burning, while men often worked away seasonally. Employment in lumber camps was a frequent, but taxing, opportunity for wages.

Kinship is yet a central element in the Gaels’ social discourse, with the patronymic a frequent topic of conversation during the informal visit (céilidh). Participatory language arts allow for hearing and remembering words and stories told in a natural, unstructured setting.

The Gaels’ legacy of learning socially remains central to cultural transmission. Current tradition bearers lead language learners and youth, who are passionate in maintaining cultural continuity, as they make Gaelic language and custom a part of contemporary lifestyles. The art of conversation, communal sharing of traditions and ethnic knowledge, is esential to bringing our authentic identity into the future.

Carrying Gaelic tradition forward, through language classes, music, dance instruction and immersion sessions, research and recording tradition bearers, is an important part of the learning cycle. We hope these images will inform, inspire and lead you to explore Nova Scotia’s Gaelic culture and its wealth of traditions. 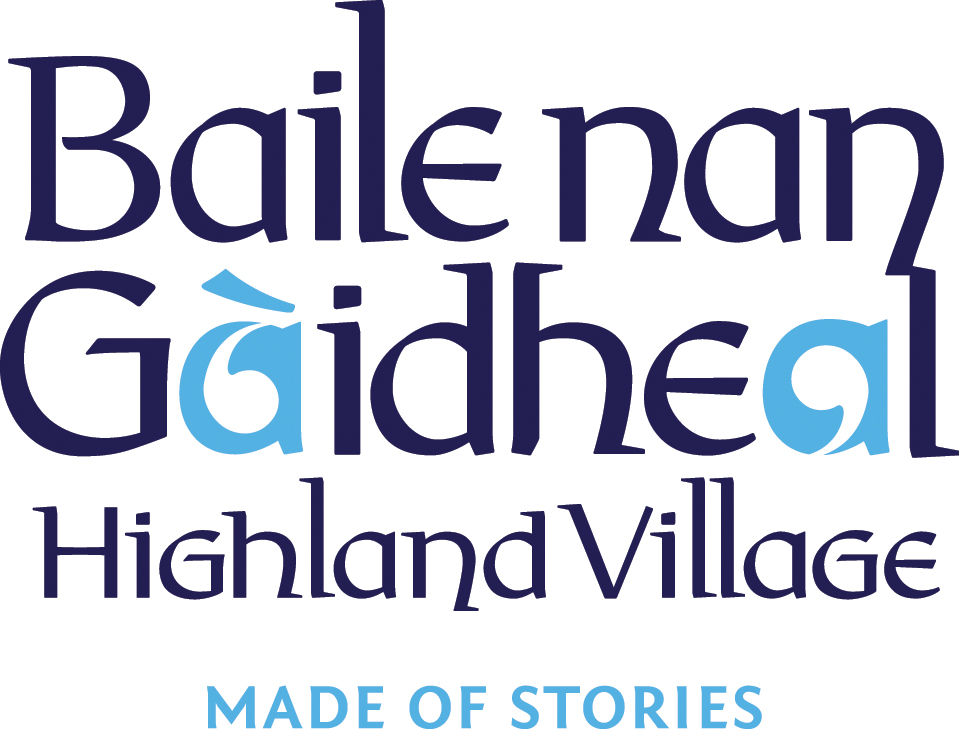 Baile Nan Gàidheal | Highland Village is an outdoor folk life centre, with 11 period buildings, that tells the story of Gaelic settlement in Nova Scotia through first person animation and programming. We are located overlooking the majestic Bras d’Or Lakes in Iona, Nova Scotia, the heart of central Cape Breton.

For more information about the Museum and the Archives, please visit the Highland Village website.