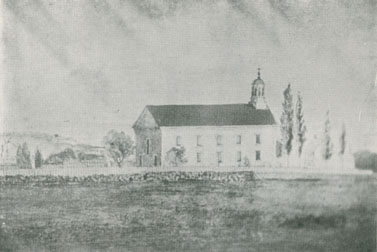 The Rev. William Walter and the Rev. George Panton ministered to the Anglican population in Shelburne after its founding. The two congregations were known as St. George and St. Patrick. The British government provided a grant for construction of a proper church building; the two congregations merged and Christ Church was begun in 1788. The first service was held in the new church on Christmas Day, 1789. Bishop Charles Inglis visited Shelburne in July 1790 when he consecrated Christ Church — the first Anglican Church to be consecrated in British North America (i.e. the British colonies remaining after 1783) — and confirmed 284 candidates. Christ Church burned in February 1971.