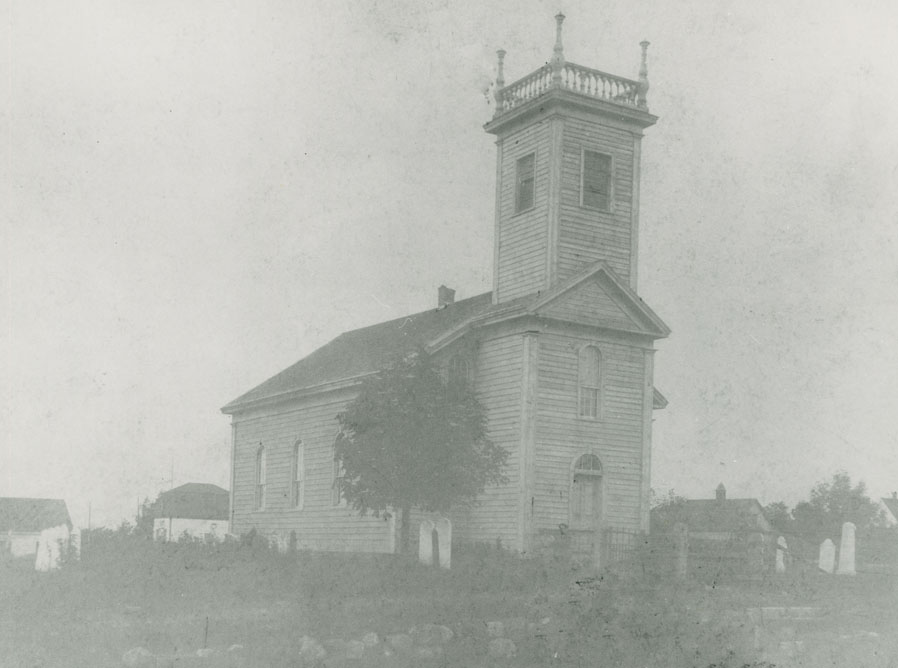 The Rev. Matthew Dripps lived in Kilmarnock, Scotland; he was ordained in 1797 and subsequently sent by the Associated Synod of Scotland to serve in the Nova Scotia mission. Rev. Dripps accepted the call of the Shelburne Presbyterians and served as their minister until his death in 1828. The congregation was reorganized and the cornerstone for a church was laid on the site of the first Presbyterian meeting house on 25 June 1804. The church was built under the direction of Rev. Dripps, pastor; Colin Campbell, Esq., president; George Gracie, Esq., vice-president; and Archibald Cunningham and David Walker, elders. The Earl of Shelburne and Marquess of Lansdowne also made subscriptions. Gideon White subscribed £16-13-4 towards the church and £3-15 to the Rev. Matthew Dripps, minister of the Church of Scotland (click to view document 803). St. John’s Kirk opened on 4 July 1805.