"A Journal of the Proceedings on board the Sloop Dart Privateer of St. John New Brunswick, John Harris Commander, commencing May 22th, 1813" 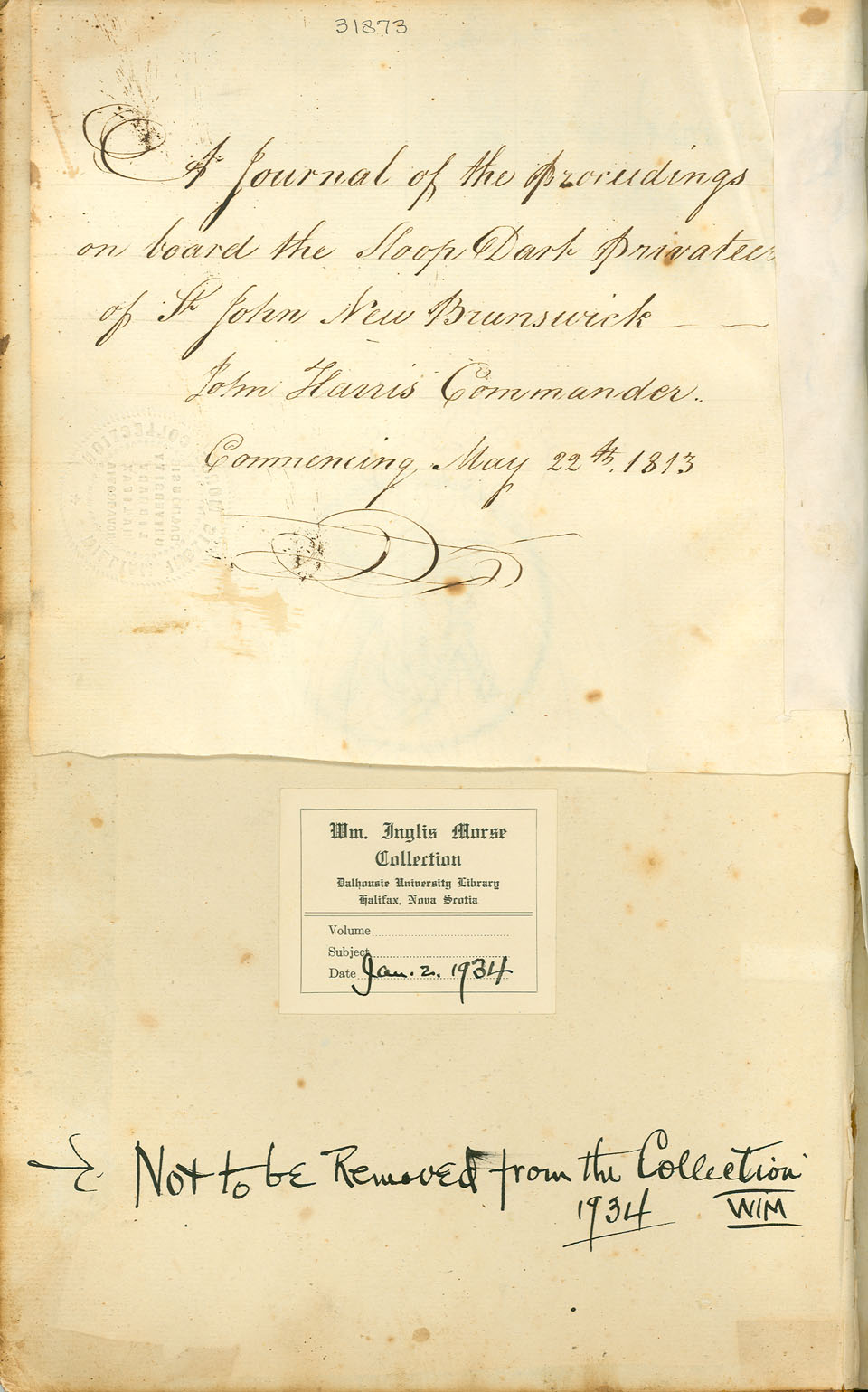 The War of 1812-era privateer Dart began life as a 74 ton American sloop (a single-masted vessel carrying a combination of fore & aft and square rigging). Captured by the Royal Navy early in 1813, the Dart was bought at auction in Halifax by a group of investors living in Saint John, New Brunswick. After a letter of marque had been obtained from the Vice Admiralty Court in Halifax, the Dart sailed from Saint John late in May under the command of Captain John Harris, a resident of Clementsport in Annapolis County, Nova Scotia.

Fitted out with 4 six-pound cannon and a crew of twenty-five, the Dart sailed down the Maine coast, reaching as far as waters off Boston, Massachusetts. This was the prime hunting ground for colonial privateers during the sea war with the United States. Early on, near disaster struck when the Dart, mistaken in foggy conditions for an American vessel, was hit by cannon fire from HMS Rattler.

After a series of less dangerous adventures, including unsuccessful chases and crew desertions, the Dart eventually proved successful, bringing in four prizes. His taste for privateering exhausted, Captain Harris went home to Clementsport and a life which combined farming and peacetime navigation. The Dart returned to sea and, under another captain, quickly brought in six additional prizes before disappearing from the written record.