News of war in the Caribbean 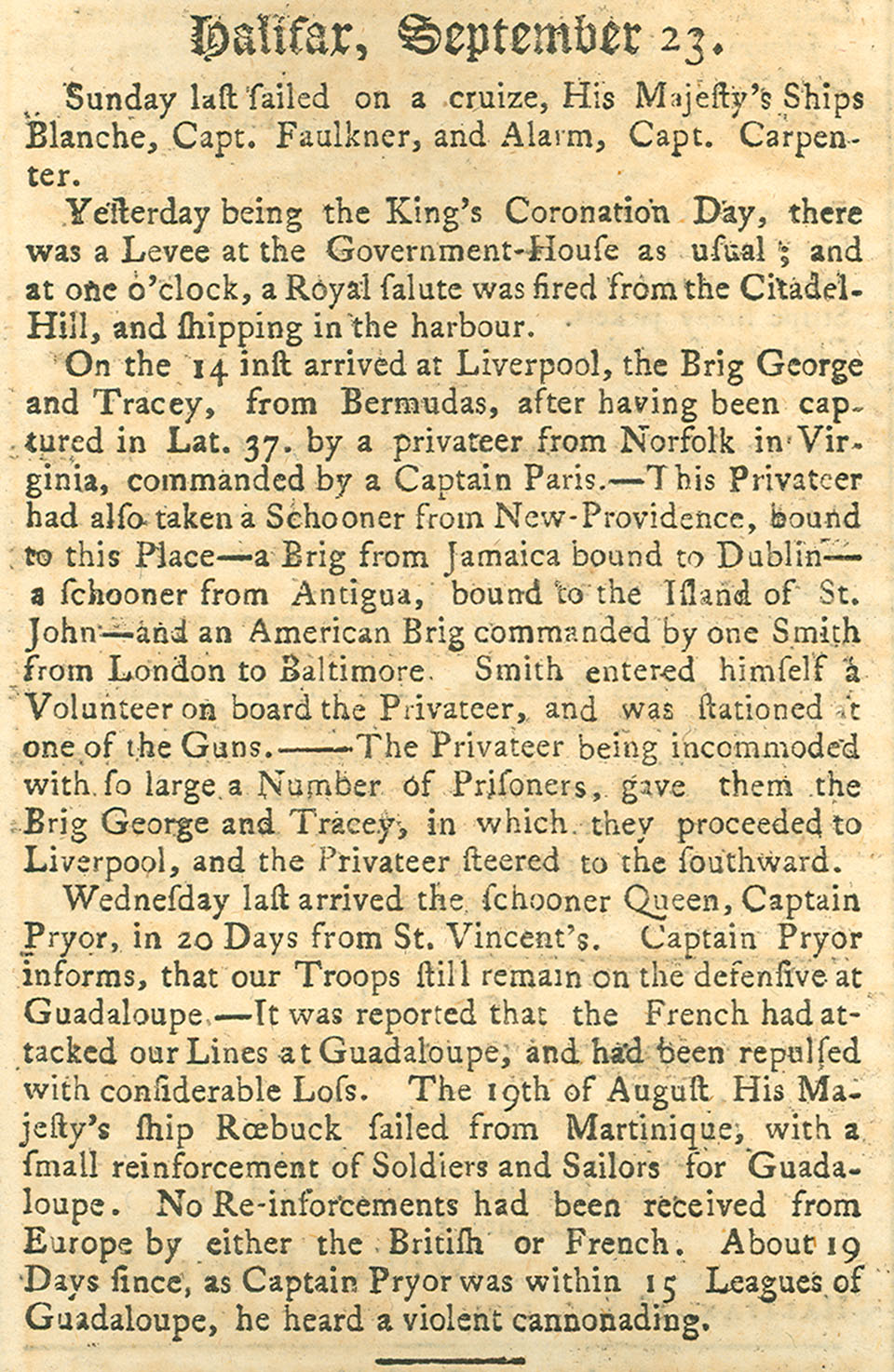 In the mid-1790s, French privateers for a time used neutral American ports as a base from which to raid British shipping. Meanwhile, Britain had begun a campaign of conquest against French colonies in the Caribbean.