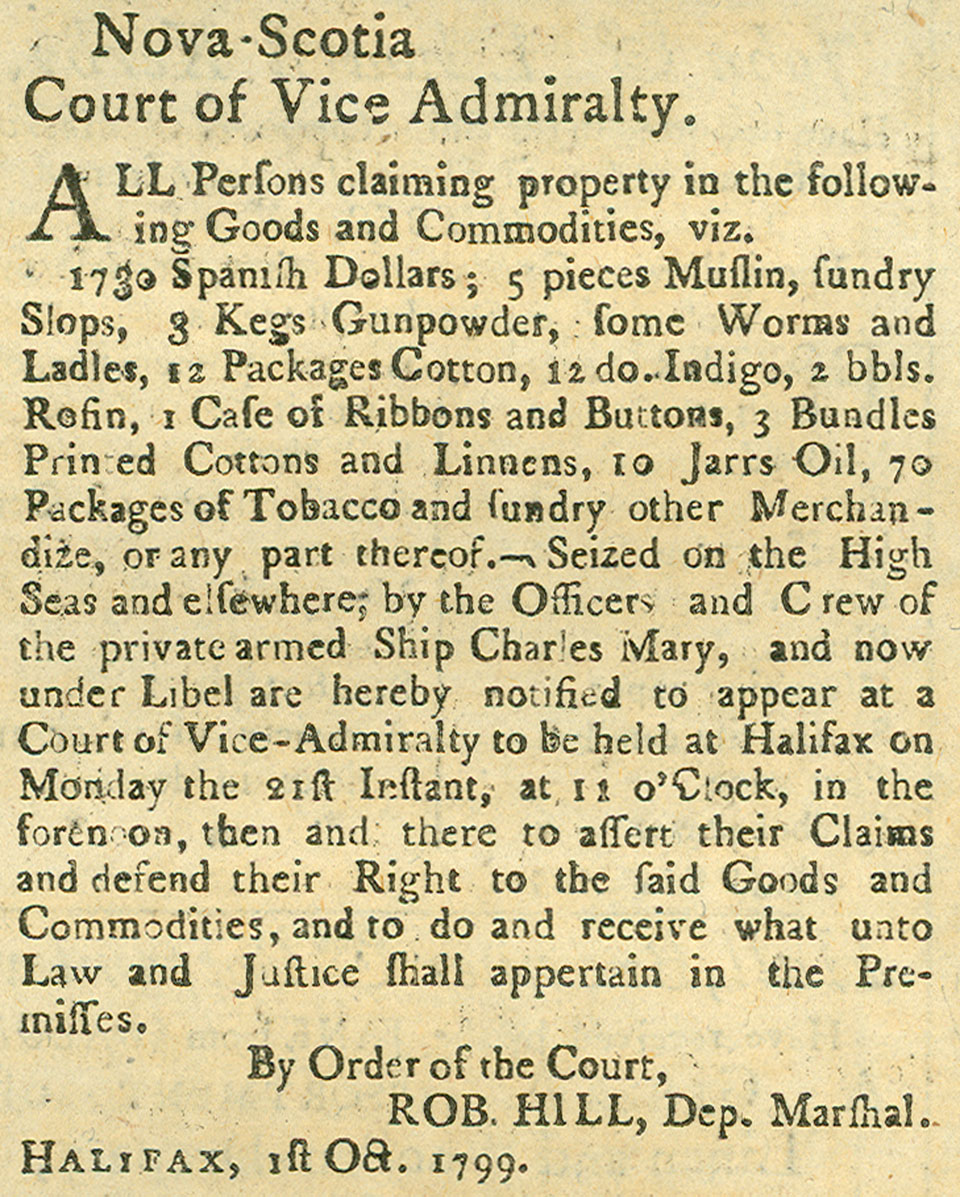 The Charles Mary Wentworth, joined by fellow privateers such as the Rover and the Nelson, raided enemy merchant shipping from 1799 to the coming peace in 1802. Privateering was then largely suspended until war erupted with the United States in 1812.