Extract of a letter from Capt. John Berlinder of the ship Royal Edward … 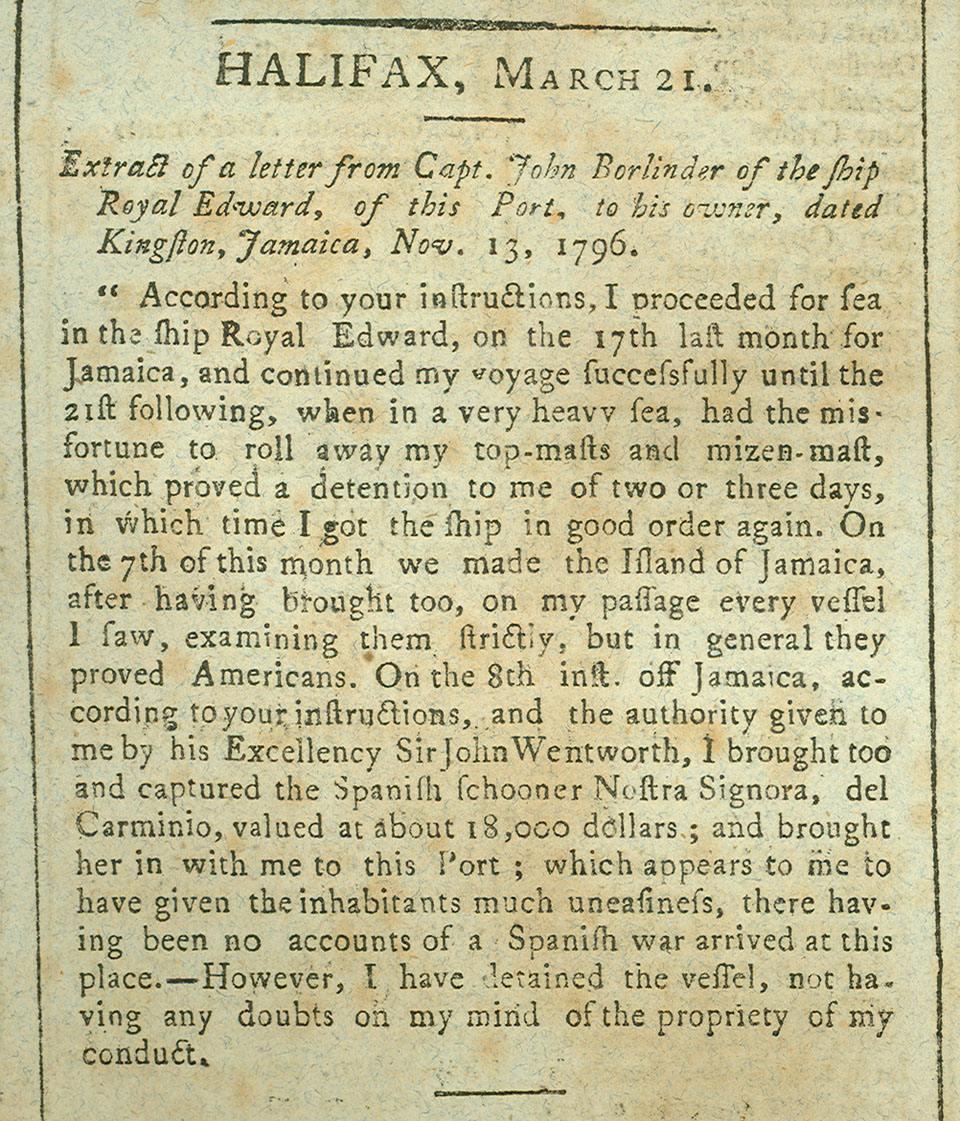 The first known Nova Scotian privateer to be mobilized during the 1790s was the Royal Edward which, in late 1796, brought a very lucrative Spanish prize into Jamaica.