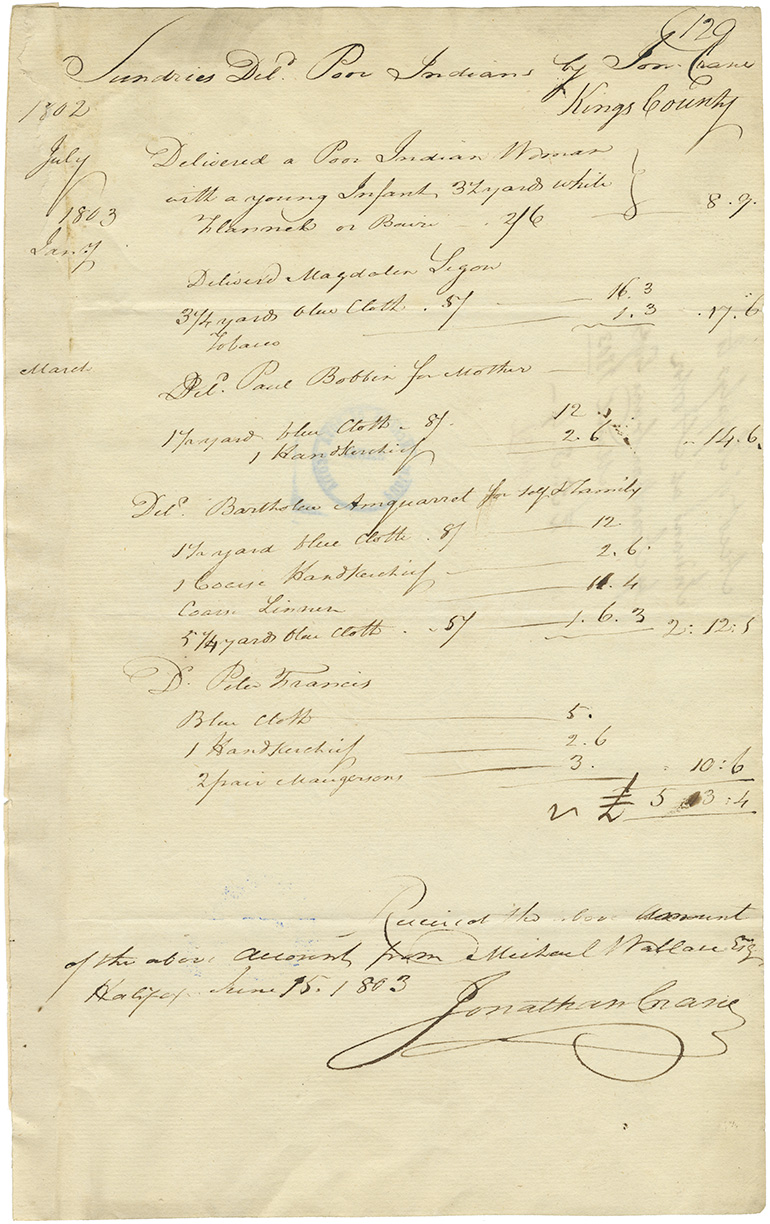 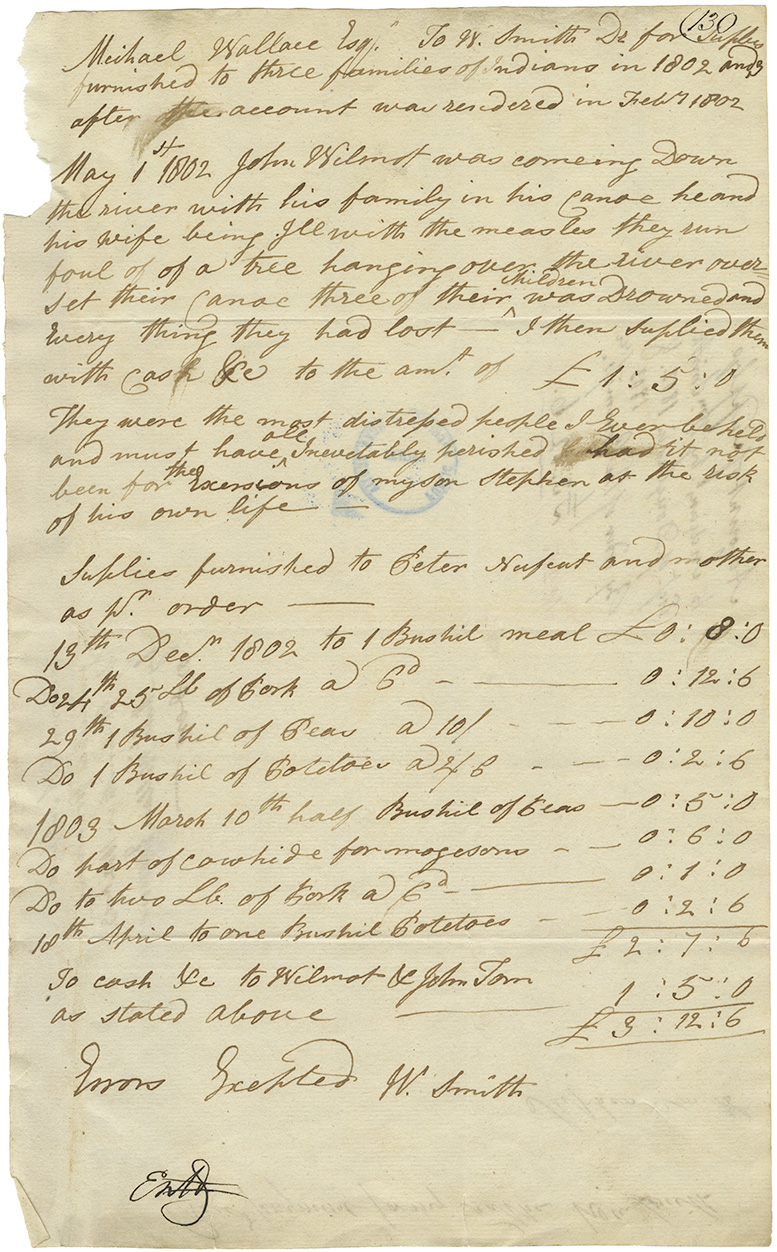 Account of supplies to Mi'kmaq by Mr. Smith of Douglas in 1802 and 1803 by order of Commissioners. 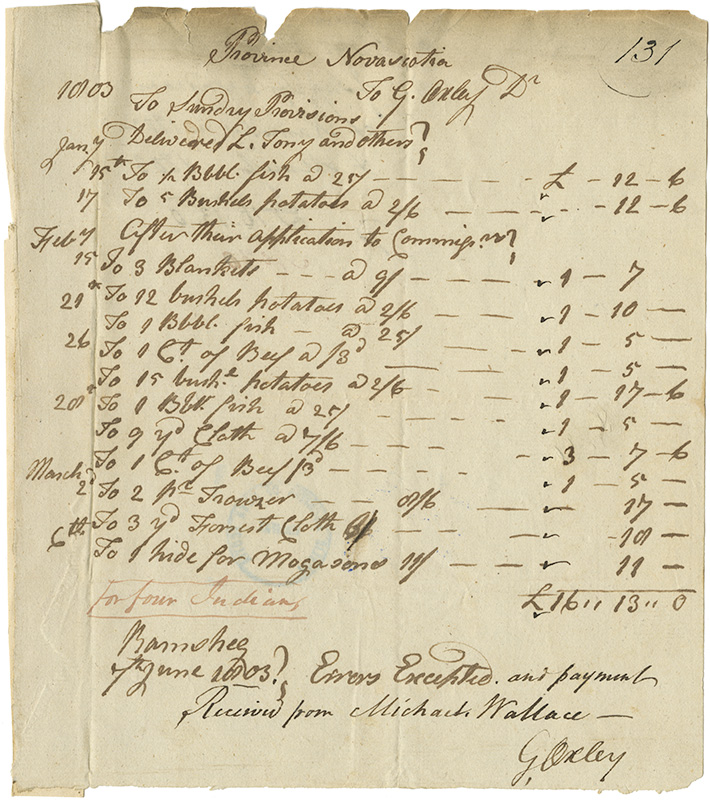 George Oxley's account of supplies to Mi'kmaq at Ramsheg in 1802 and March 1803. 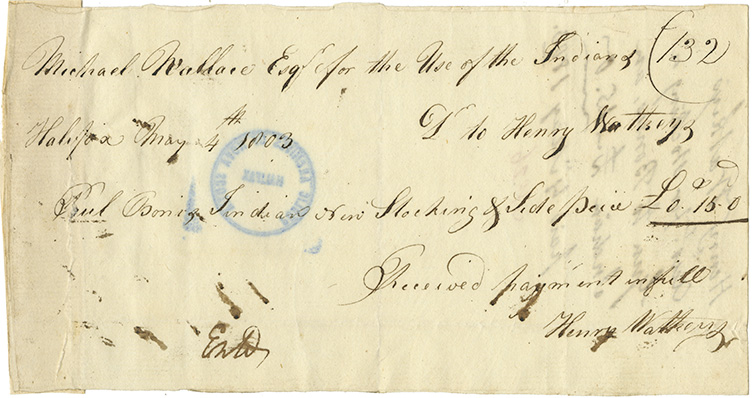 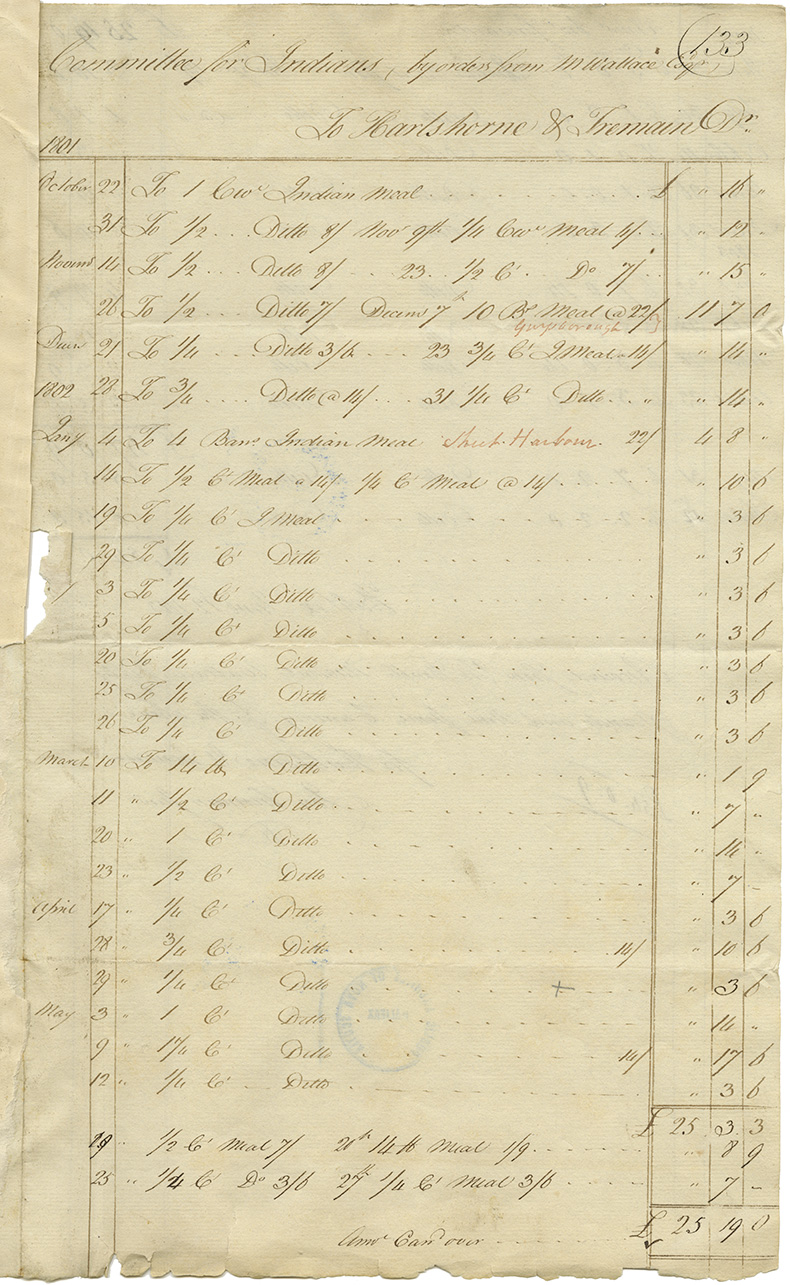 Account of Hartshorne and Tremain for goods supplied to the Committee for Indians, 1801-1803. 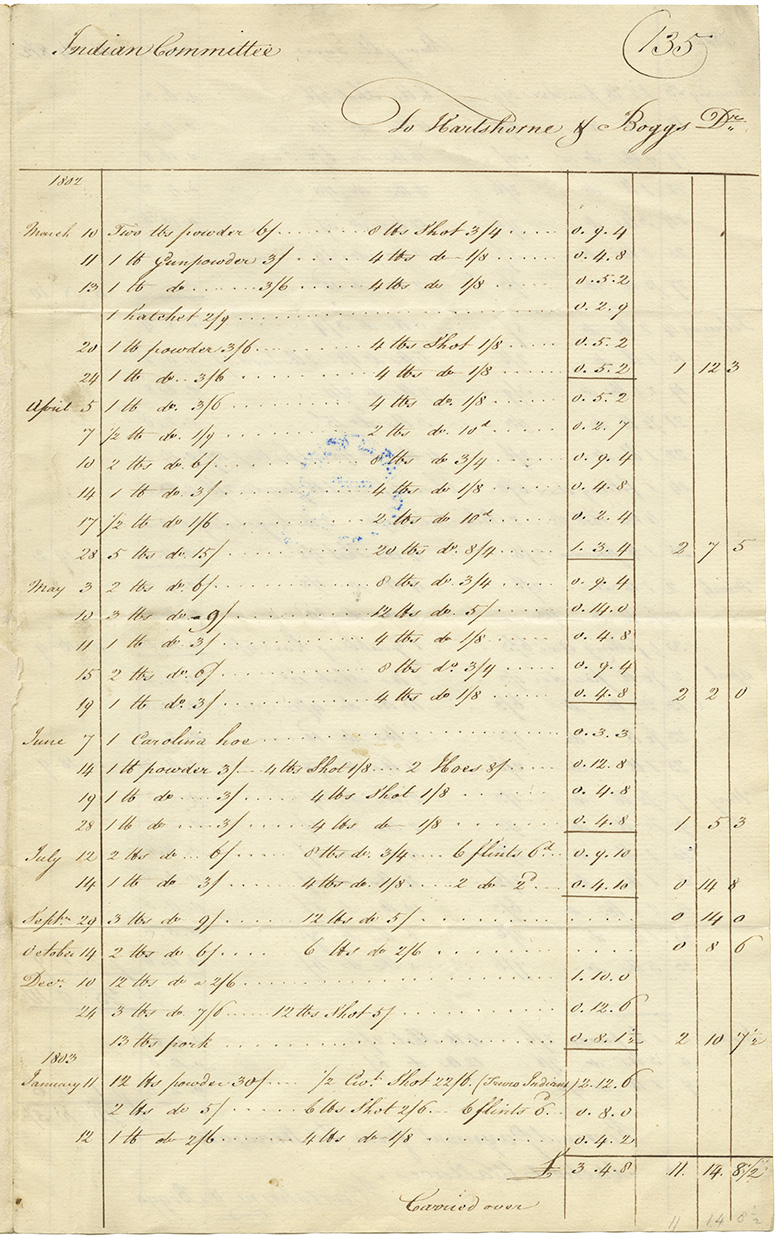 Account of Hartshorne and Boggs for gunpowder supplied to the Indian Committee, 1802-1803. 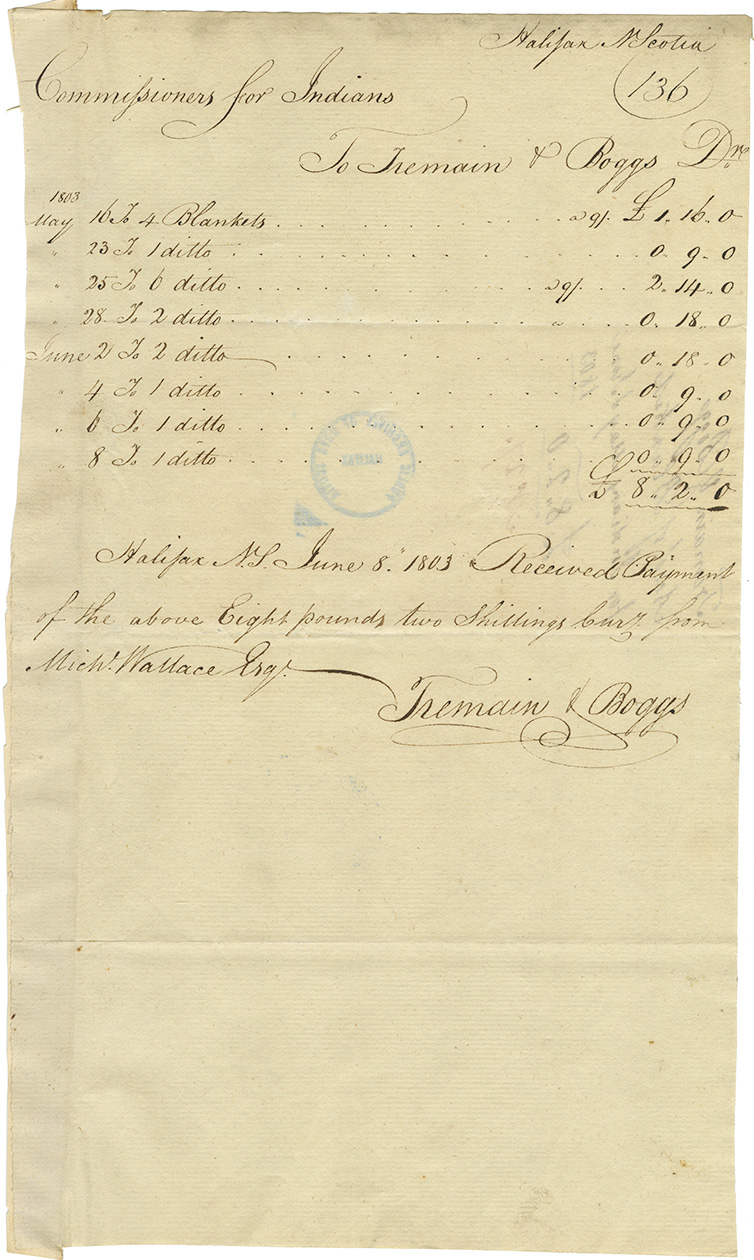 Account of Tremain and Boggs for blankets supplied to the Commissioners for Indians. 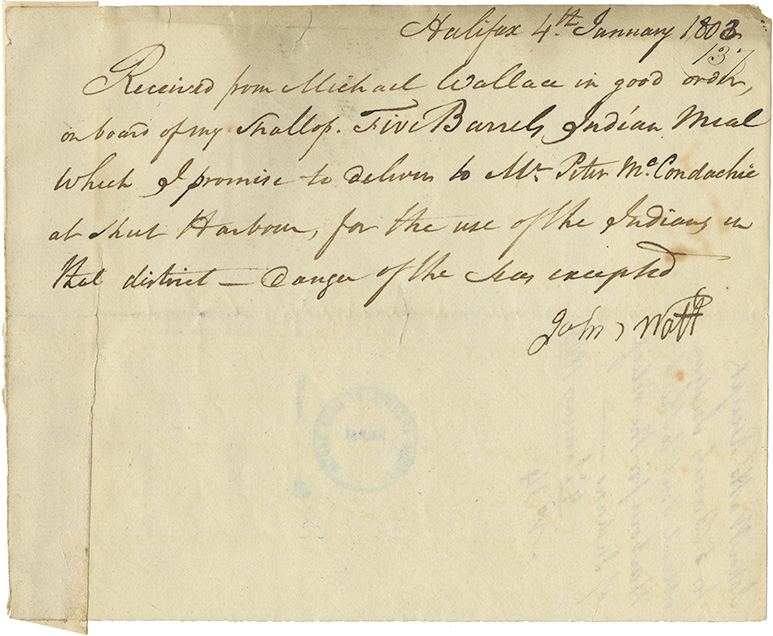 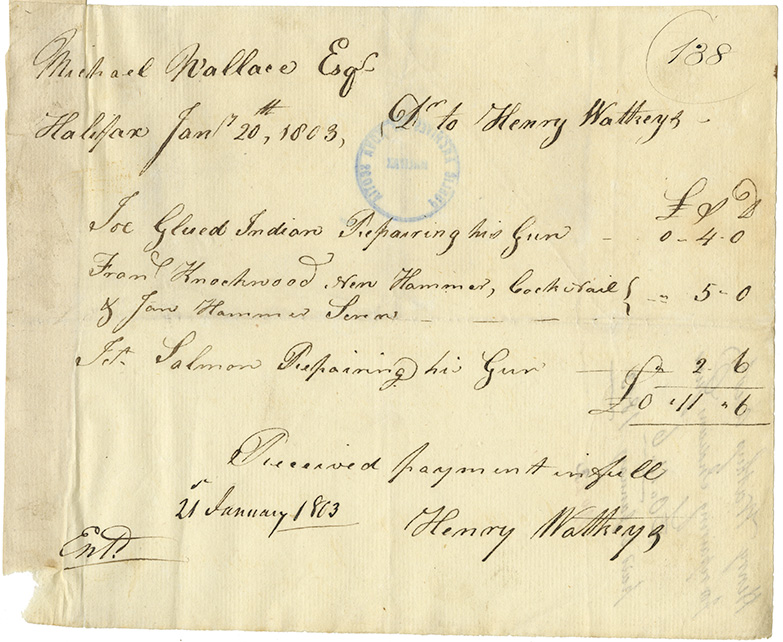 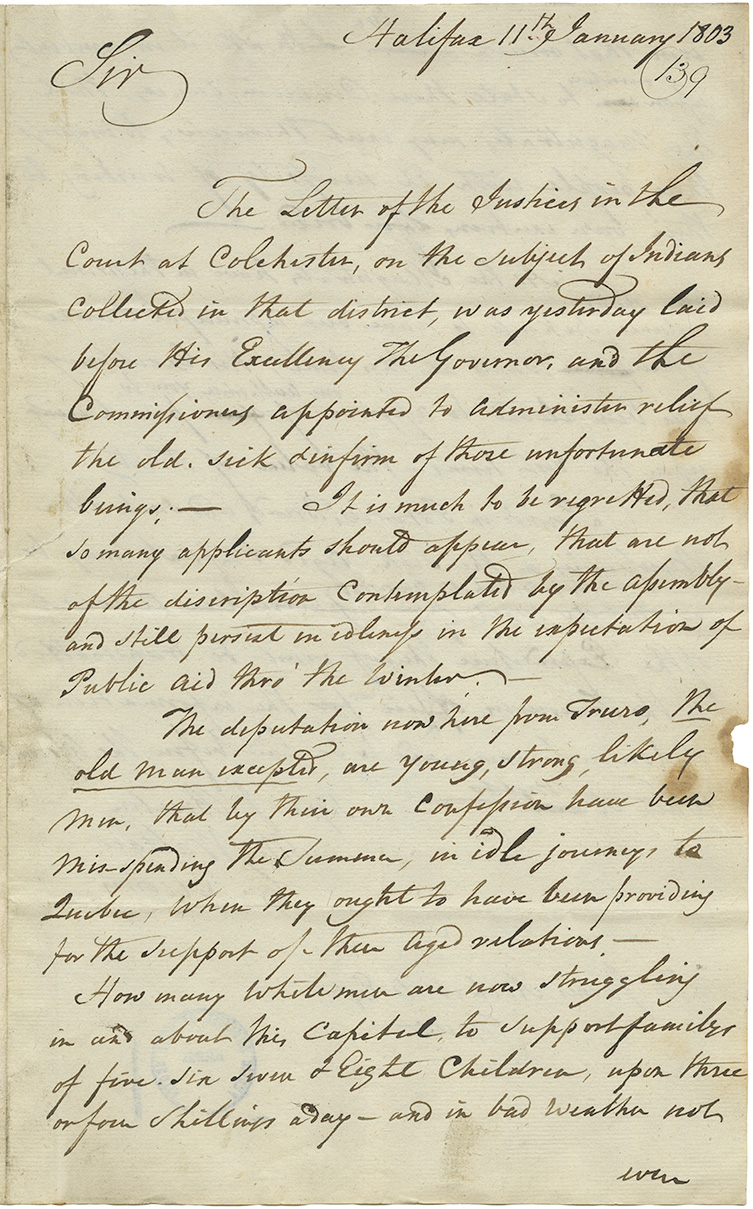 Letter from J. Brenton, M. Wallace, and C. Morris to J. Archibald in response to a letter from the Justices in the Court at Colchester on the subject of the Mi'kmaq in or near Truro. Complaint that the Mi'kmaq who applied for help were not - in their opinions - "of the description contemplated by the Assembly."

Account of James Archibald of supplies distributed to the Mi'kmaq at Truro. 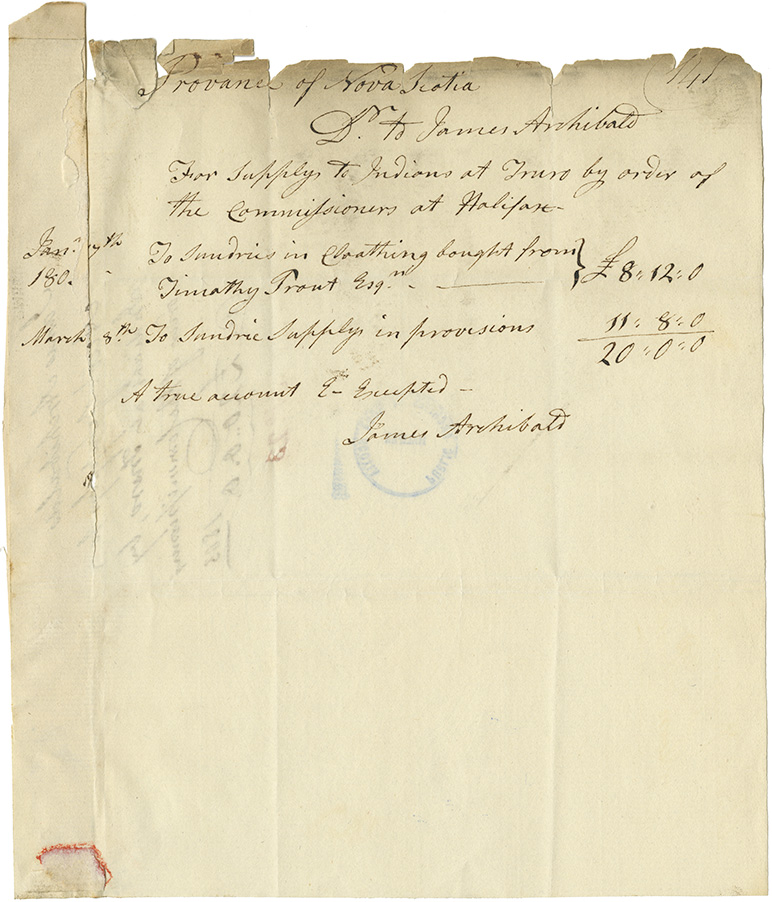 Account of clothes and supplies to Mi'kmaq at Truro by order of the Commissioners at Halifax. 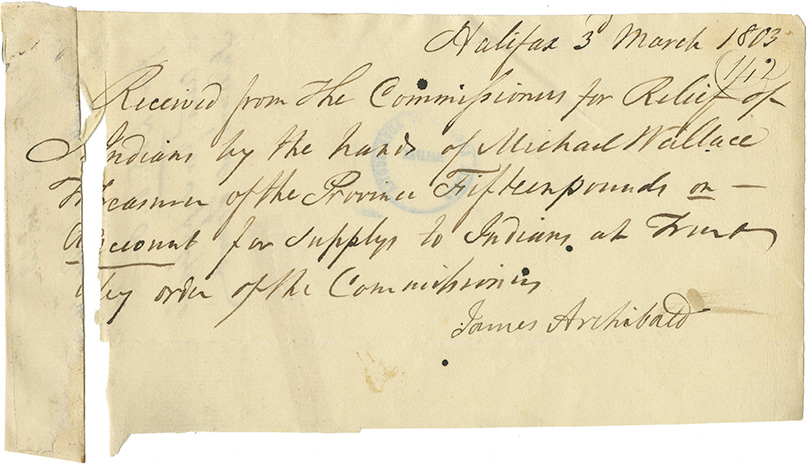 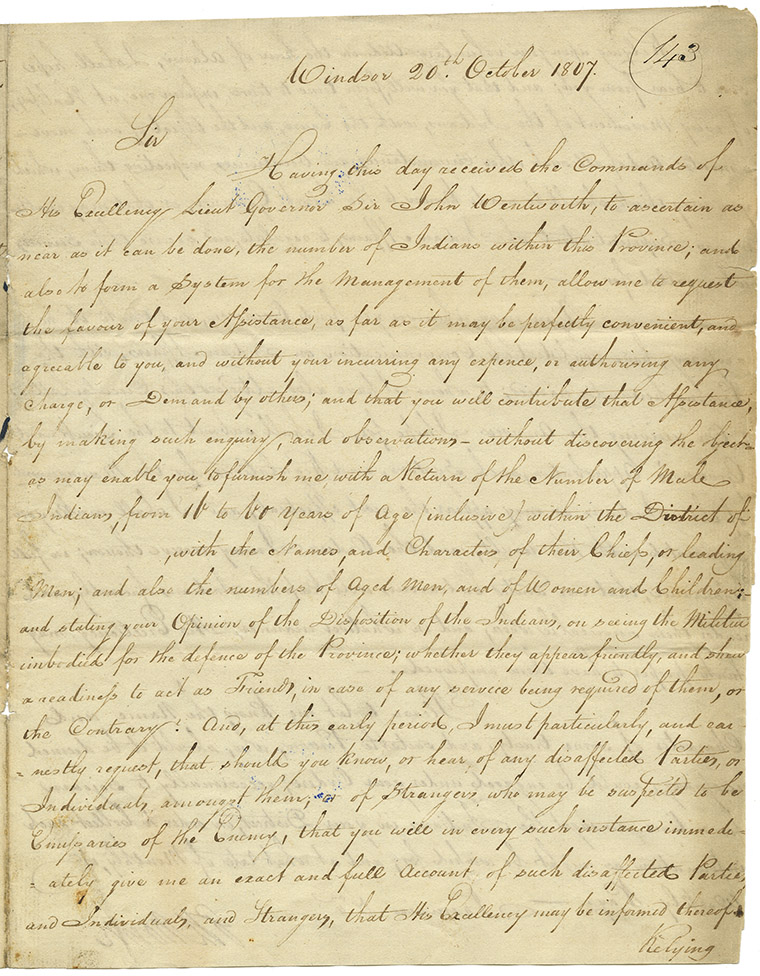 Circular letter from George H. Monk to various recipients identified by district. Monk requests assistance in answering the command of Lt. Gov. Wentworth to ascertain the number of Mi'kmaq within the province and to form a system for their management. He wants to know the number of male Mi'kmaq aged 16 to 60 within each district, the names and characters of their chiefs, the numbers of aged men, the numbers of women and children, and "stating your Opinion of the Disposition of the Indians, on seeing the Militia imbodied for the defense of the Province." Also wants noted any disaffected parties or strangers among thr Mi'kmaq who may be "Emisaries of the Enemies." 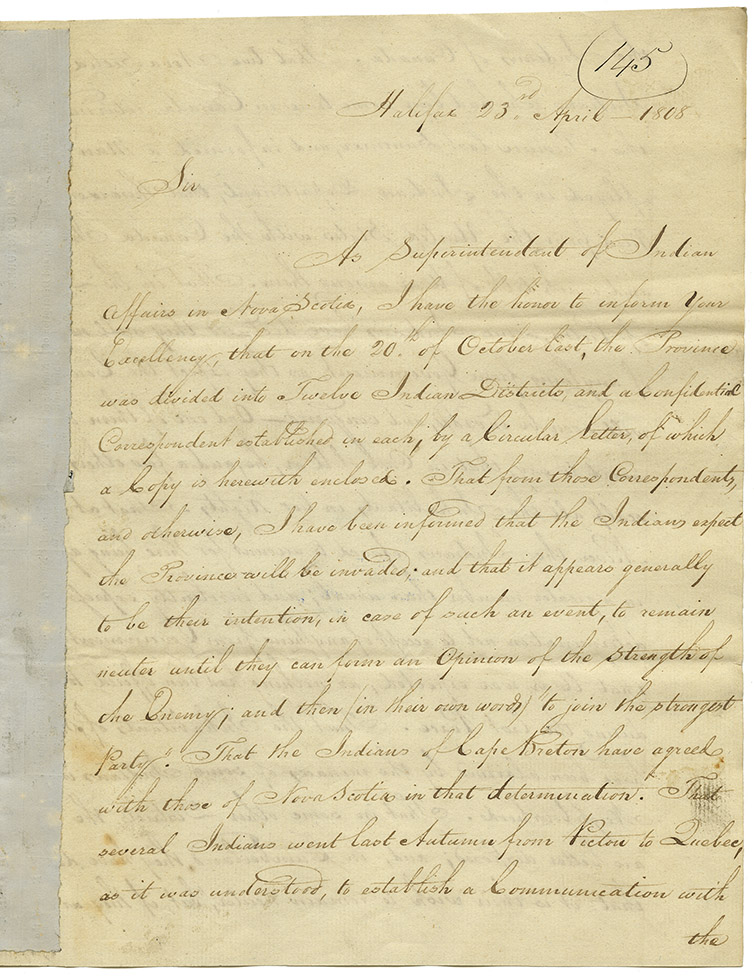 Very detailed, informative letter from Monk to G. Prevost advising that a circular letter was sent in October. As a result of this letter, the Province has been divided into 12 districts and a Confidential Correspondent established in each district. Reports on attitude fof Mi'kmaq to hostilities currently underway between Britain and France. Although now less in numbers, a hotile Mi'kmaq presence would harass and distress Nova Scotian inhabitants. Gives suggestions for his idea for a system of management of the Mi'kmaq.