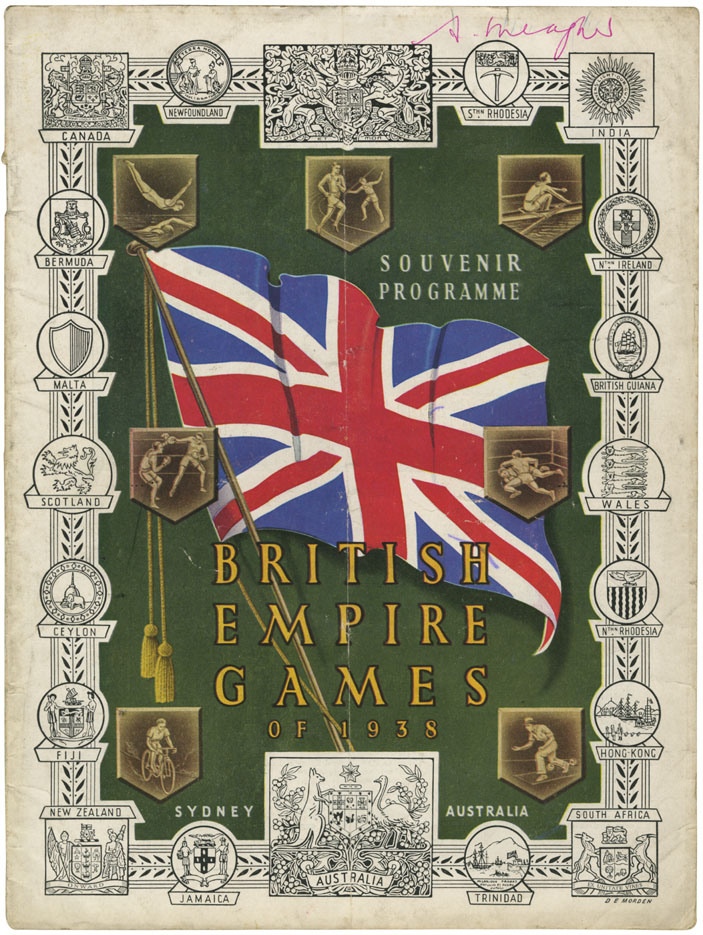 The Games, held in Sydney from 5-12 February 1938, were part of the 150th Anniversary of Australia celebrations. Aileen Meagher is listed as one of Canada's Athletics, page 28.