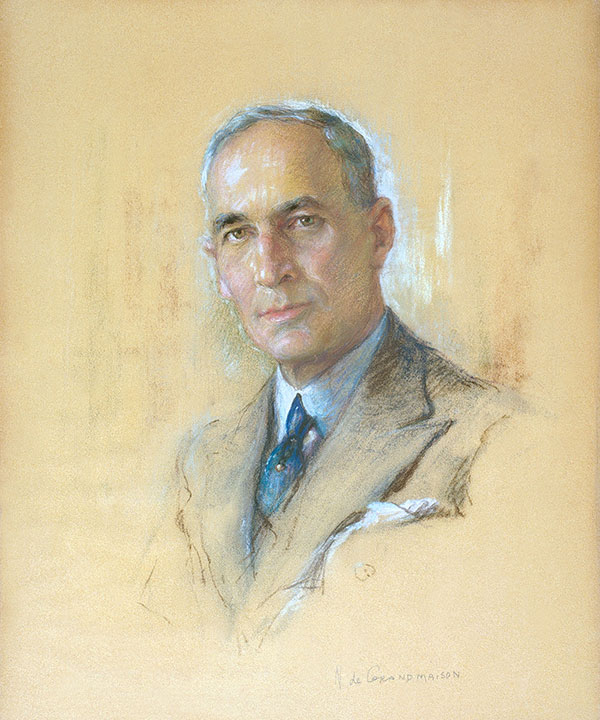 In 1939, J.A.D. McCurdy sat for the portrait artist Nicolas de Grandmaison. de Grandmaison was born into an aristocratic family in Moscow, Russia, on 24 February 1892. While serving as an officer in the Russian Army during World War I, he was captured by the Germans. After the war, he studied art in Paris and at St. John's Wood Art School in London before immigrating to Canada where he settled in Banff, Alberta, in 1923. He started painting in oils but switched to pastels around 1925 which he found more suitable for his travels on the Prairies. North American Indians, especially members of the Blackfoot nation, fascinated him. Travelling widely in pursuit of his passion, he soon set aside his oil paints in favour of pastels, depicting his subjects from life with a remarkable honesty. In an art market filled with romanticized stereotypes and historical recreations, de Grandmaison's pastels and oil portraits are authentic portrayals of actual individuals. When he did portraits of First Nations people of the West, he had his subjects sign the work. His motto was "Unless we appreciate the past, we will never have a future." He died in Calgary, Alberta, on 23 March 1978, and was subsequently buried in Brocket Indian Cemetery, Brockett, Alberta.