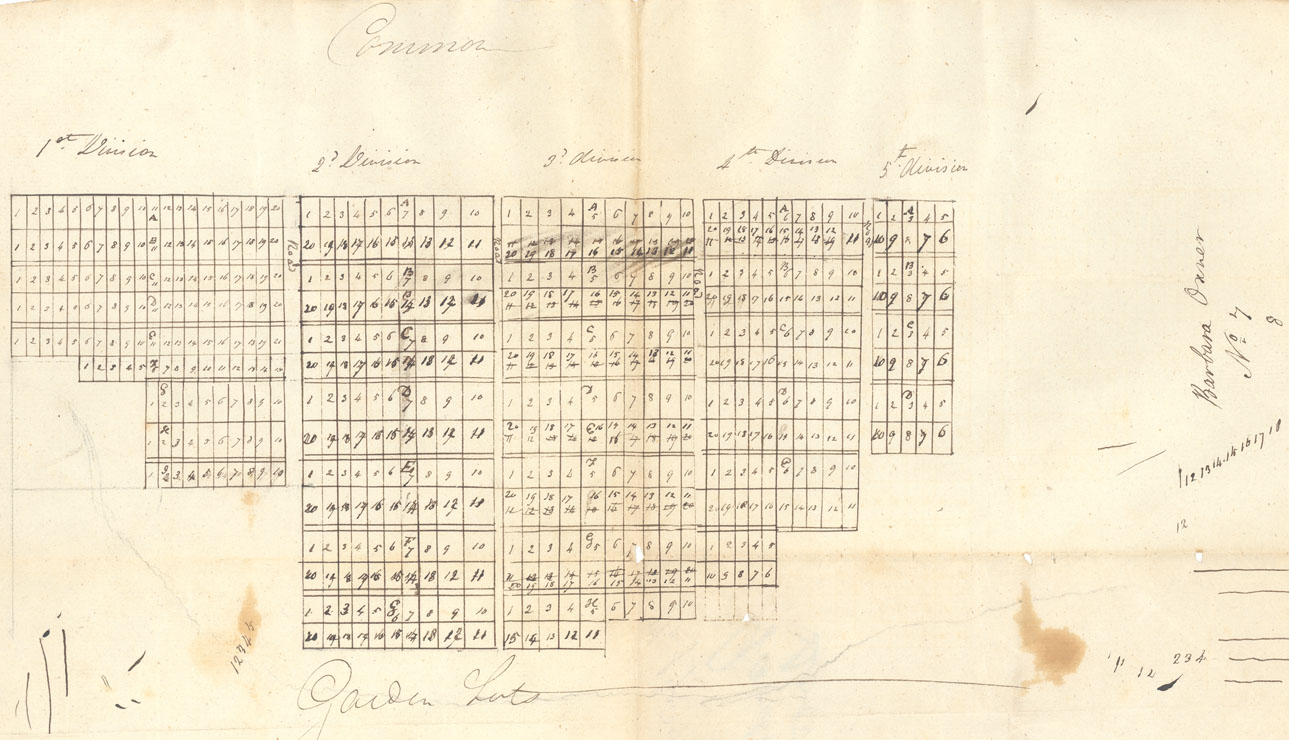 The name Barbara Oxner also appears on this plan. Settlers were not only granted town lots, but also garden lots and farm lots. During the summer of 1753, Surveyor-General Charles Morris divided approximately 180 acres into 570 garden lots for families and single men to the eastward of Lunenburg. 145 lots were under a quarter of an acre each in size, the larger lots were perhaps one-third larger. This district which still bears the designation “Garden Lots” was divided into plots suitable for truck gardening.