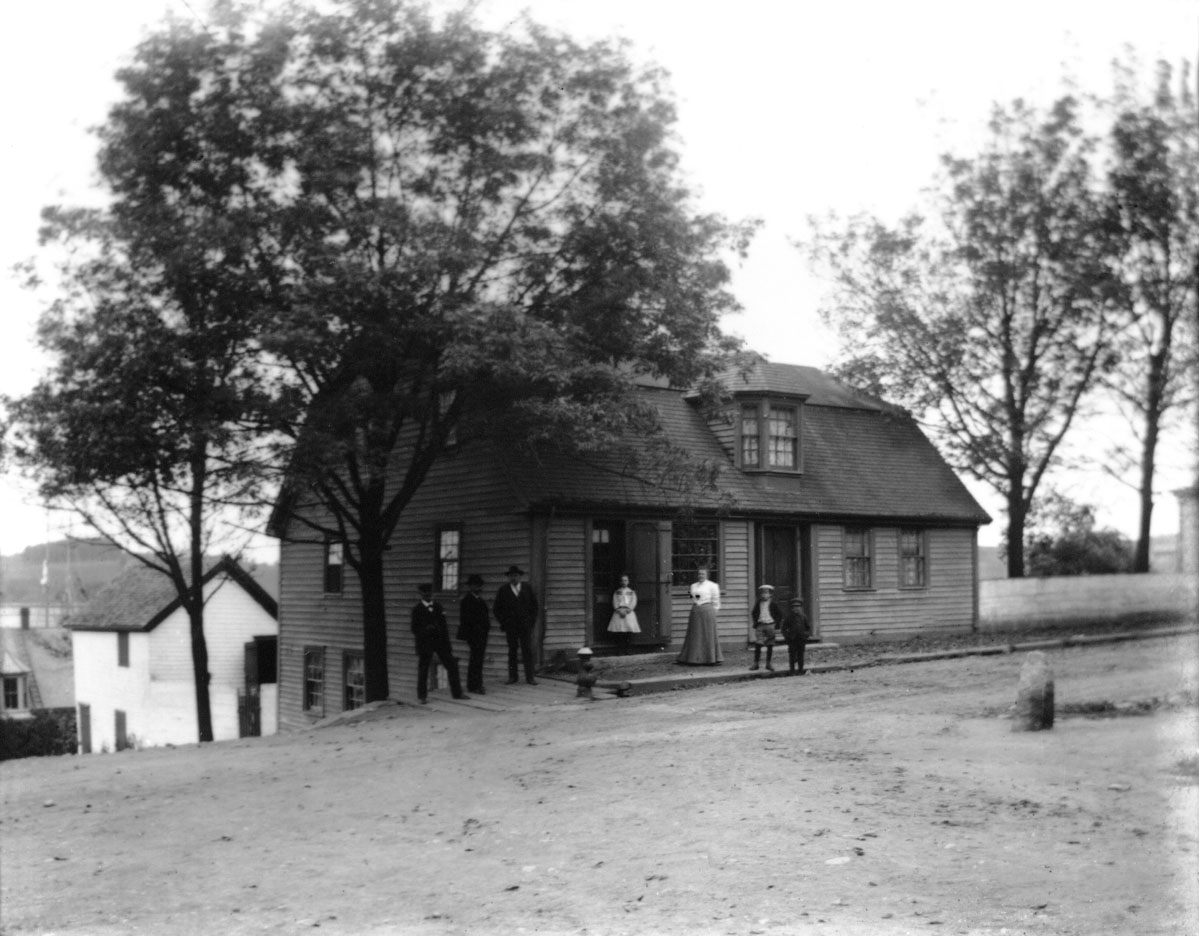 The Romkey house, a neo-classical gambrel-roofed structure, is reputed to be one of the oldest houses in Lunenburg. Research has proved its existence in 1783 when owned by James A. Anderson. The front facade of the house was later changed with the addition of a five-sided Scottish dormer and the large multi-paned window and double-leafed door which were probably added by Edward Dowling who purchased the property in the 1860s. This house served served for some thirty years as Lunenburg's Customs Office.