V-E Day Rioters Walking along Salter Street between Hollis and Barrington Streets, May 1945 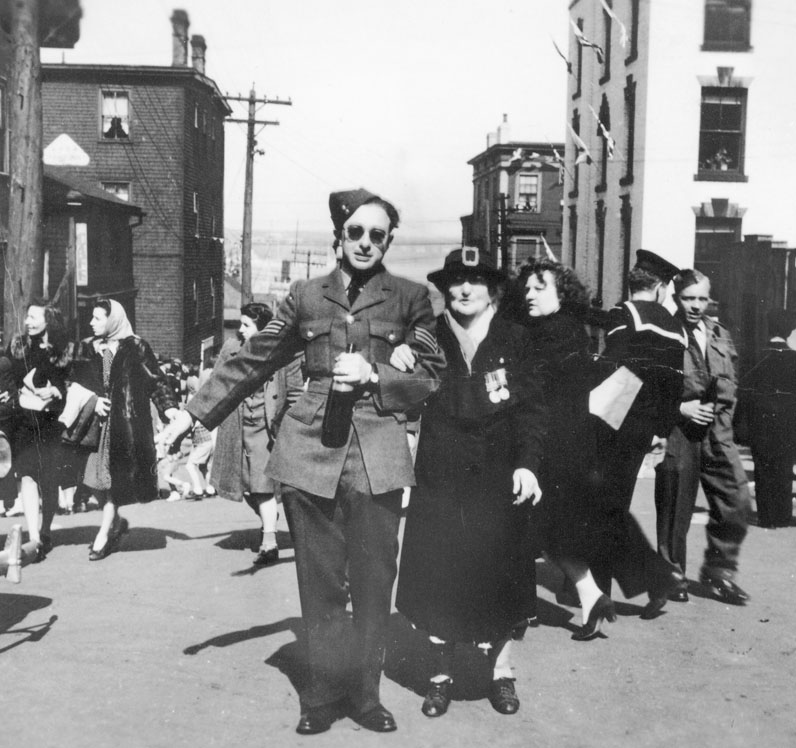 Halifax's celebration of the formal end to war in Europe on 8 May 1945 started off peacefully and in an orderly fashion – but ended up in rioting and general disorder beyond the control of both civilian and military police. Windows in over 200 businesses were smashed and as the day progressed, widespread looting took place.