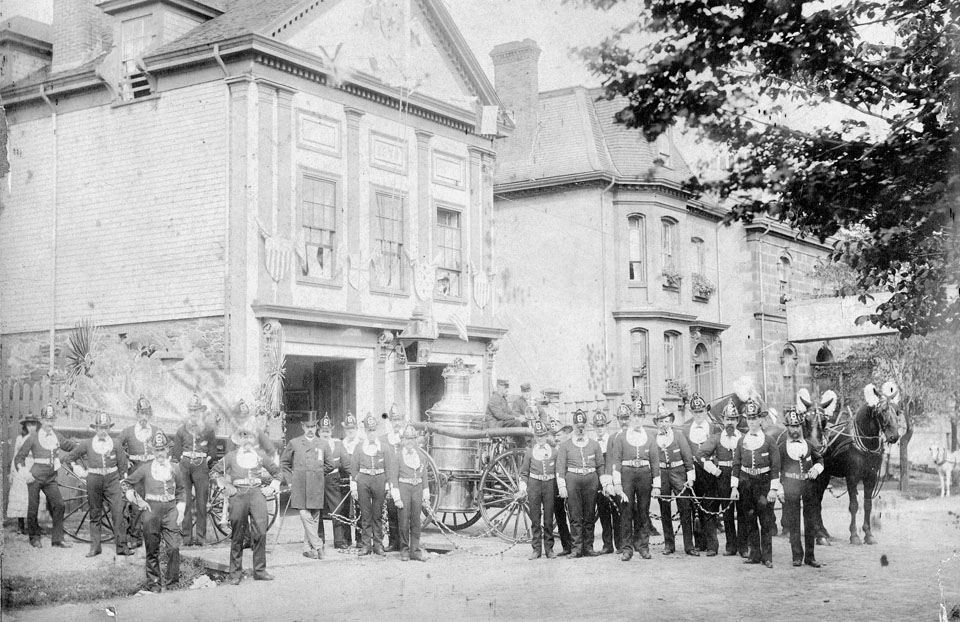 An old, tumble-down building on Queen Street was transformed in 1878 into the Union Engine Company No. 6 Engine House. Designed by the City Engineer of the time, Edward H. Keating, the building still stands to-day, adjoining the entrance to Fort Massey Cemetery on Queen Street – no longer a fire station, but otherwise not greatly altered on the exterior.