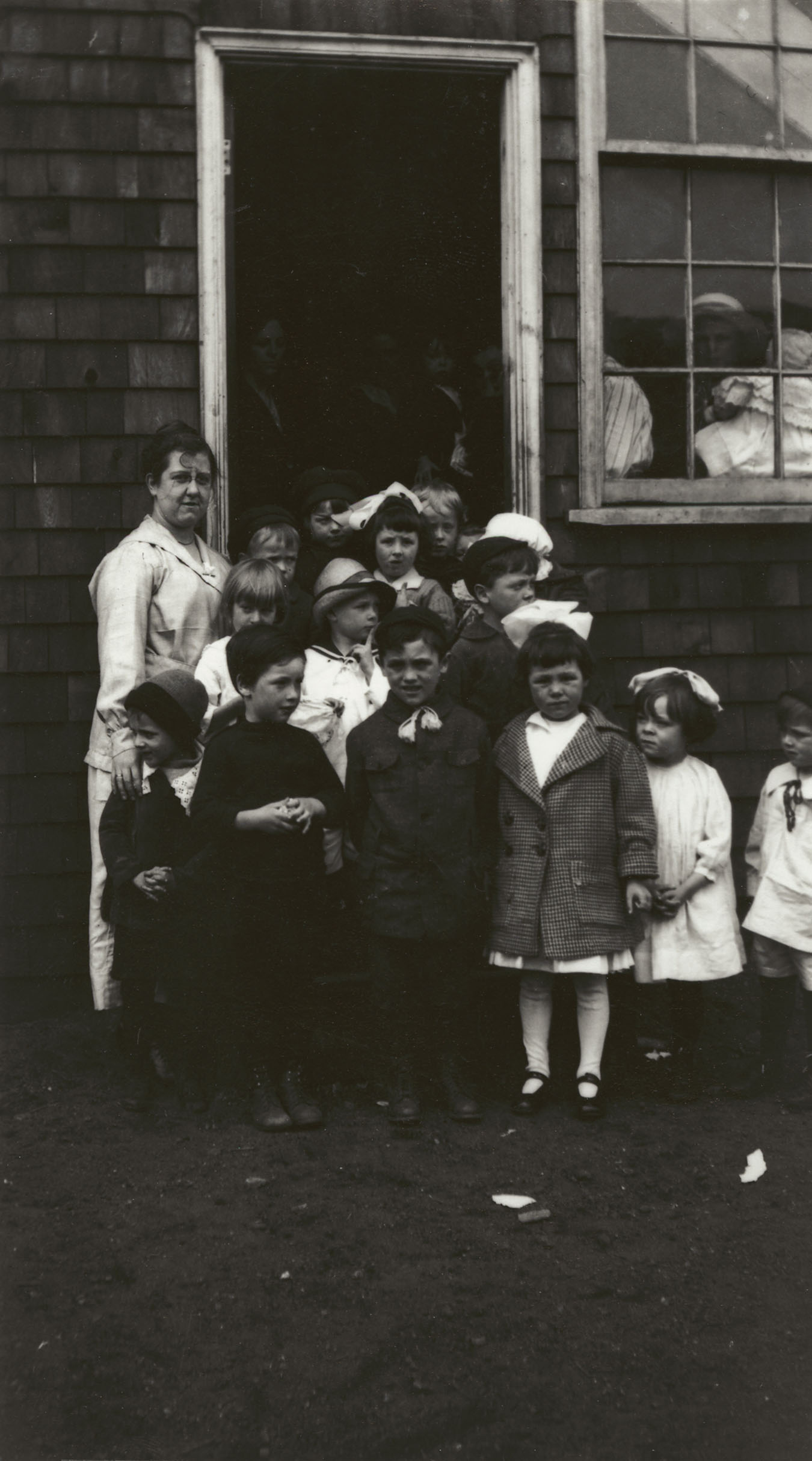 This photograph originally belonged to Jane B. Wisdom, daughter of Freeman and Mary Bell (McQueen) Wisdom. In 1916, Jane Wisdom was appointed head of the recently established Bureau of Social Services in Halifax. Following the exolosion, she became a district supervisor for the Halifax Relief Commission. These supervisors determined the needs of disaster victims and improvised solutions. Wisdom's responsibilities included the need for temporary housing, relocation of families, restitution for losses, and moral and material support for victims. Miss Wisdom was General Secretary for the Halifax Welfare Bureau which was responsible for the activities and upkeep of the Community House. The Community House, which opened in late 1918, served as the social centre for the residents of the temporary housing on the Exhibition Grounds. Its varied programmes included domestic science classes, youth and social clubs, a library, movies and dancing lessons.. The Technical School of the Provincial Board of Education provided dressmaking and cooking instructors and the School Board supplied a kindergarten teacher. Moving pictures were shown by the Y.M.C.A. Industrial Department.