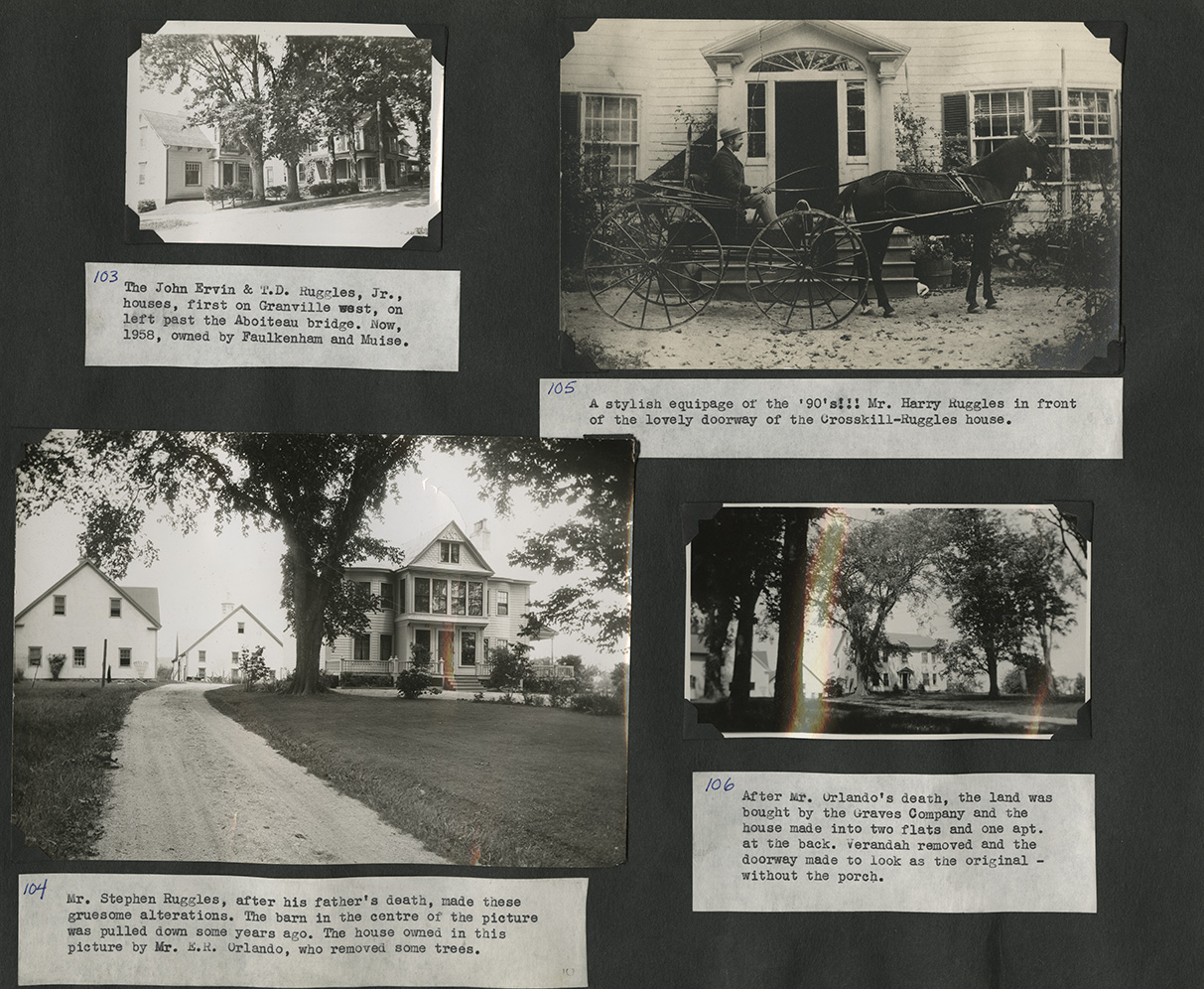 103: The John Ervin and T.D. Ruggles, Jr., houses, first on Granville west, on left past the Aboiteau Bridge. Now, 1958, owned by Faulkeham and Muise.

104: Mr. Stephen Ruggles, after his father's death, made these gruesome alterations. The barn in the centre of the picture was pulled down some years ago. The houses owned in this picture by Mr. E.R. Orlando, who removed some trees.

105: A stylish equipage of the '90's!!! Mr. Harry Ruggles in front of the lovely doorway of the Crosskill-Ruggles house.

106: After Mr. Orlando's death, the land was bought by the Graves Company and thehouse made into two flats and one apt. at the back. Verandah removed and the doorway made to look as the original - without the porch.