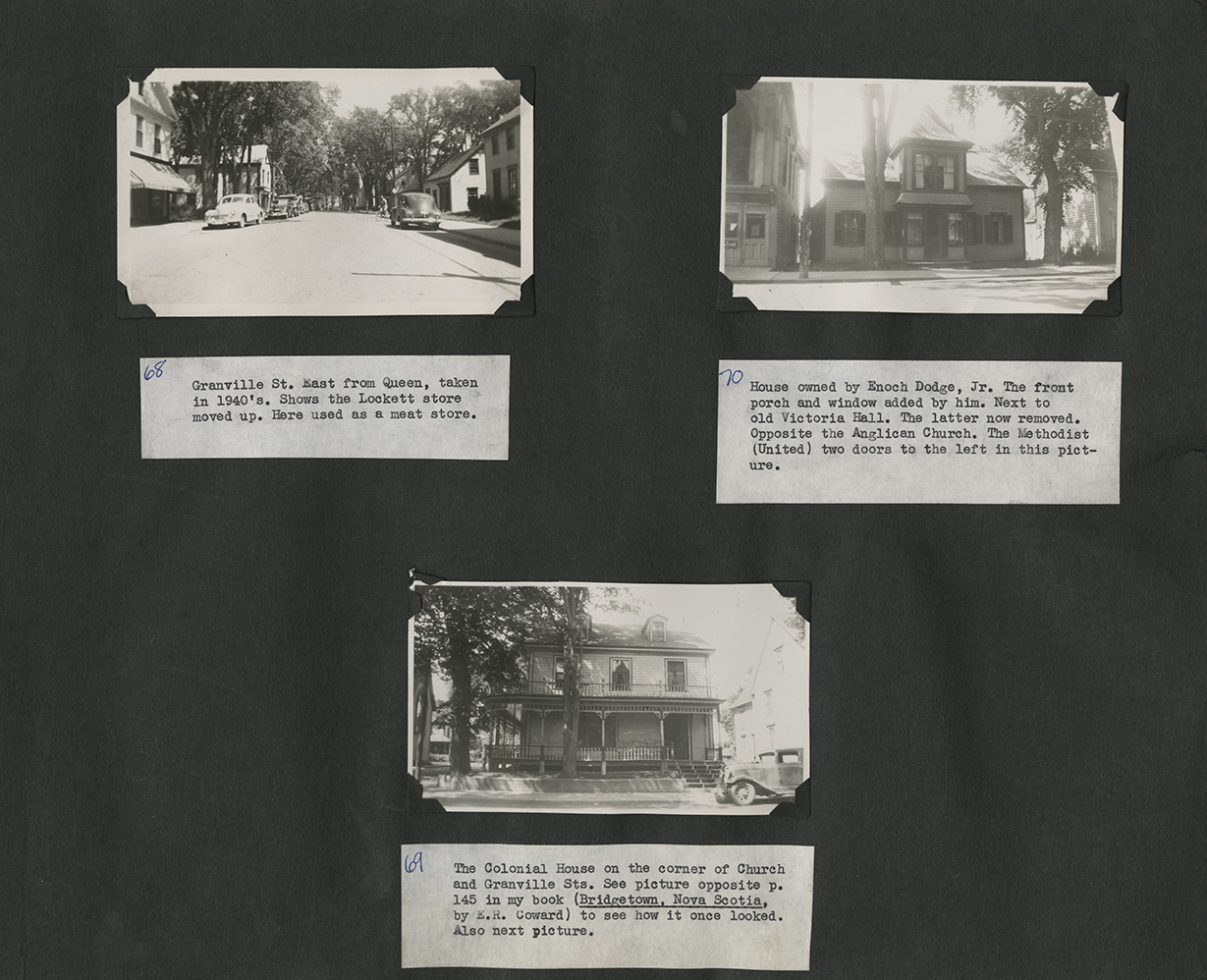 68: Granville St. East from Queen, taken in 1940's. Shows the Lockett store moved up. Here used as a meat store.

69: The Colonial House on the corner of Church and Granville Sts. See picture opposite p. 145 in my book (Bridgetown, Nova Scotia, by E.R. Coward) to see how it once looked. Also next picture.

70: House owned by Enoch Dodge, Jr. The front porch and window added by him. Next to old Victoria Hall. The latter now removed. Opposite the Anglican Church. The Methodist (United) two doors to the left in this picture.