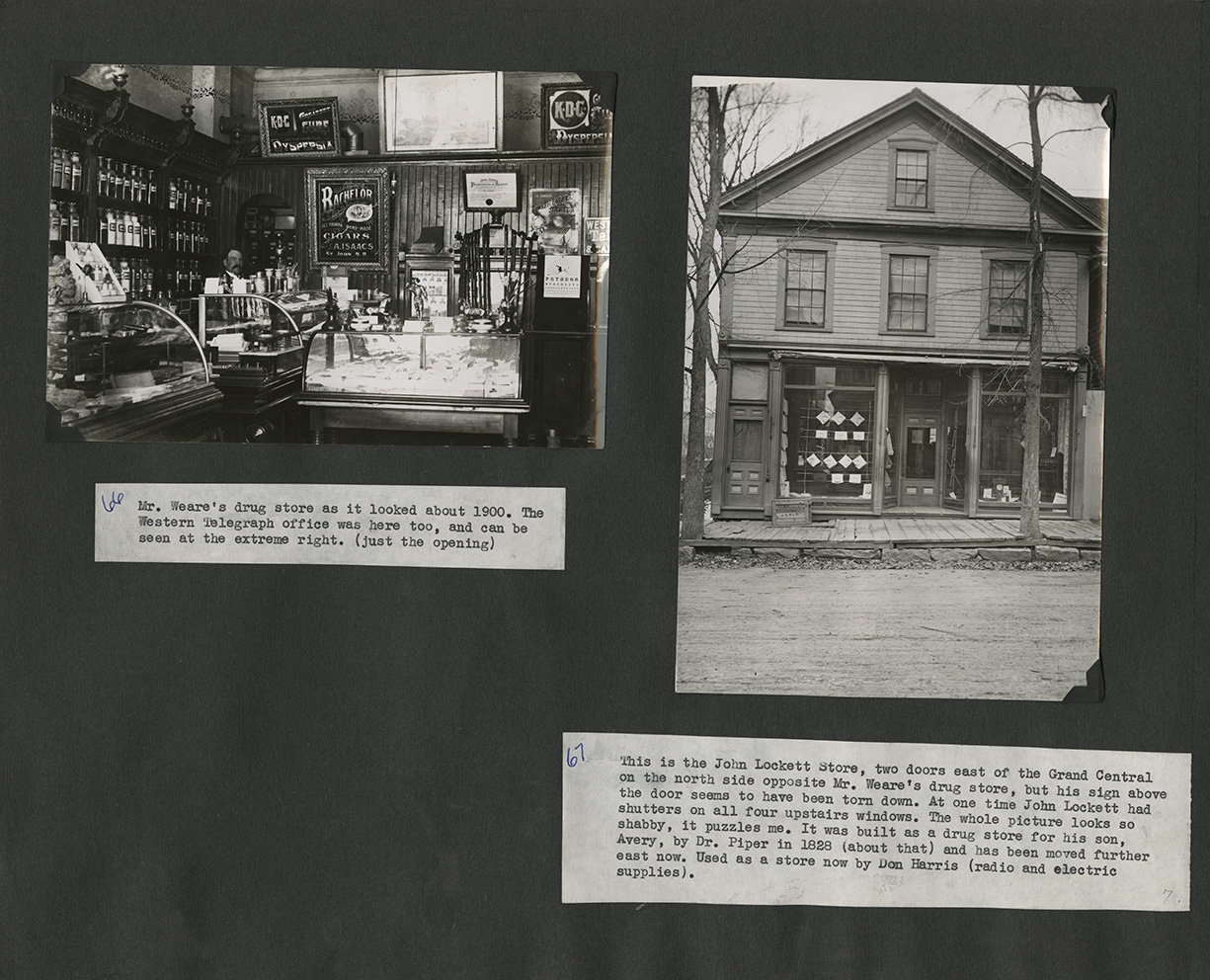 66: Mr. Weare's drug store as it looked about 1900. The Western Telegraph office was here too, and can be seen at the extreme right. (Just the opening)

67: This is the John Lockett Store, two doors east of the Grand Central on the north side opposite Mr. Weare's drug store, but his sign above the door seems to have been torn down. At one time John Lockett had shutters on all four upstairs windows. The whole picture looks so shabby, it puzzles me. It was built as a drug store for his son, Avery, by Dr. Piper in 1828 (about that) and has been moved further east now. Used as a store now by Don Harris (radio and electric supplies).