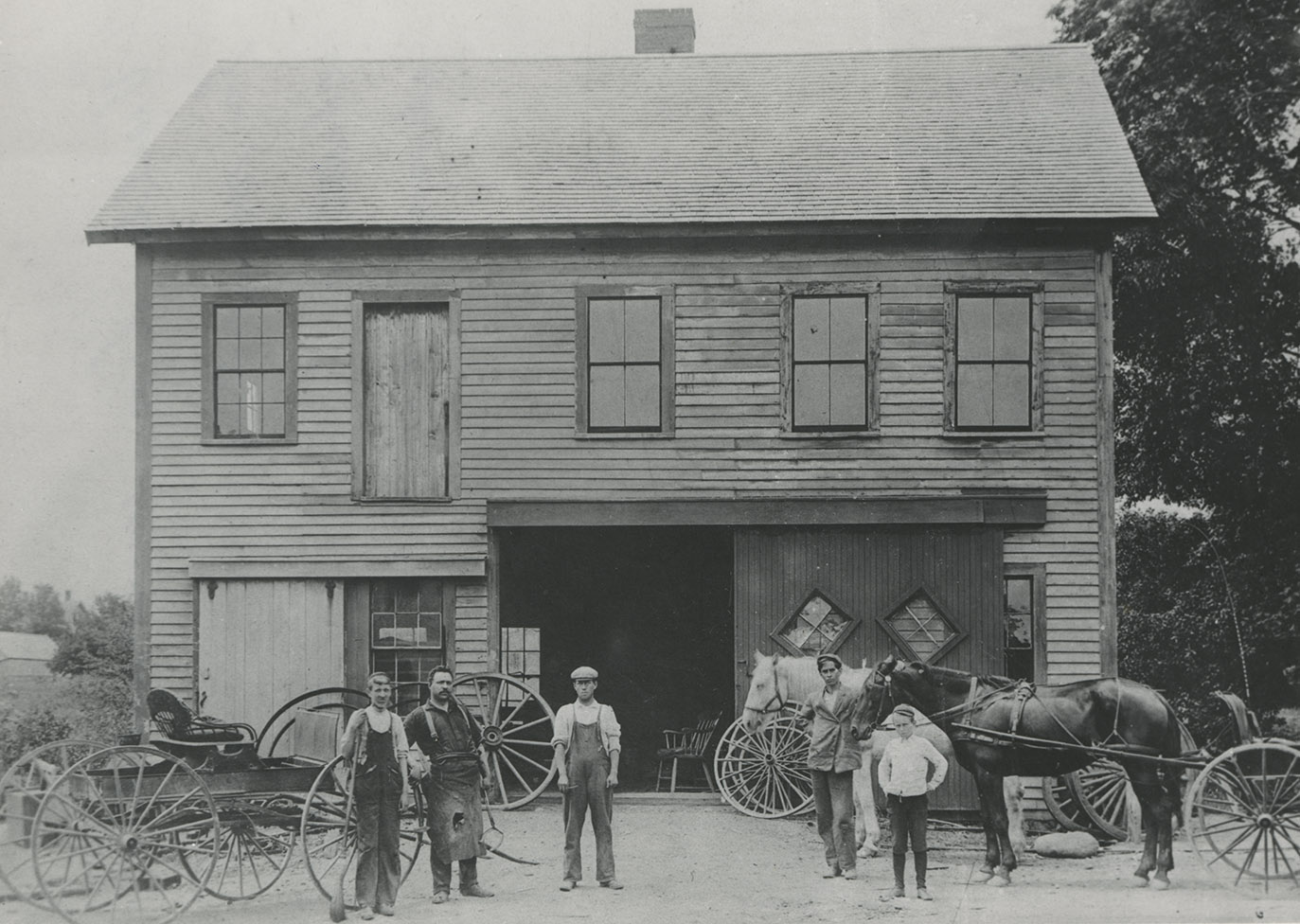 Glimpses of life in Clare

Clare, often referred to as Baie Sainte-Marie in French, was established by the Acadians during the second half of the 18th century. This area, in the southwestern part of the province, is the largest and most populous Acadian region in Nova Scotia. A considerable number of the community’s residents are descendants of those families originating from France who had lived in what was known as Acadie for 120 years before being exiled to the United States in the mid-1700s. As of 1755, for professed security reasons, the British, increasingly doubting the neutrality of the Acadians, deported them to the American colonies and throughout the world.

After living as fugitives for several years, Acadians were gradually allowed to return, providing that they took the oath of allegiance and settled in different parts of the Maritimes. In Nova Scotia, since the lands of Acadie had been given to the New England Planters, returning families had to settle on less fertile lands, mainly along the coasts. In 1768, thirteen years after the Deportation had begun, Joseph Dugas founded Grosses-Coques, the first Acadian settlement in Clare. Other families, such as Doucet, Comeau and LeBlanc, settled in the area soon afterwards. While some of the region’s villages are located inland, such as Concessions, Corberrie and Maxwellton, most of them — Belliveau Cove, Church Point, Little Brook, Saulnierville, Meteghan, Mavilette, Salmon River and others — are strung out in a line of communities along the bay. The region’s economy has depended mostly on fishing, boat-building and the lumber industry.

Everyday life was difficult when Acadians relocated to the area, since it was necessary to start from scratch. The new residents overcame the harsh ordeals of the Deportation and their return by living self-sufficently and appreciating the basic joys of life. According to oral histories, villagers gathered regularly to do collective work, but also to entertain themselves, especially by sharing meals, singing and exchanging stories. Isolated along the coasts, they led traditional rural lives, adhering to an oral culture until the early 1800s. Over time, their traditional songs and narratives were changed by emerging technologies, such as the radio.

The photographs, documents and artifacts which make up this Virtual Exhibit are drawn from the holdings of the Centre Acadien. They offer glimpses into Acadian life in Clare, particularly during the first half of the 20th century. You will see that family, language, religion, self-subsistence, as well as music and song, played important roles. Some aspects presented here are, indeed, quite similar to life all over Nova Scotia at the time.

This exhibit was the result of a collaboration between the Centre Acadien, the Société historique acadienne de la Baie Sainte Marie and a group of community volunteers. We would like to thank the Council of Nova Scotia Archives and the Public Archives of Nova Scotia Board of Advisors for making this project possible and so allowing us to contribute to celebrating the last 150 years of our communities by promoting Acadian history and, more broadly, the archival heritage of all Nova Scotians.

The Centre Acadien, founded by J. Alphonse Deveau, a pioneer in the field of Acadian studies, is a cultural research center. Located on Université Sainte-Anne’s main campus, in Church Point (Pointe-de-l’Église), N. S., its mission is to promote Acadian-related research, especially by making material available to the public, and by stimulating research activities and projects. Our collections include documents, maps, journals, objects and audio and video recordings. We also house an almost complete collection of the Maritime provinces’ French newspapers, as well as photo collections by such notable photographers as John Collier Jr. and D. B. Fields.