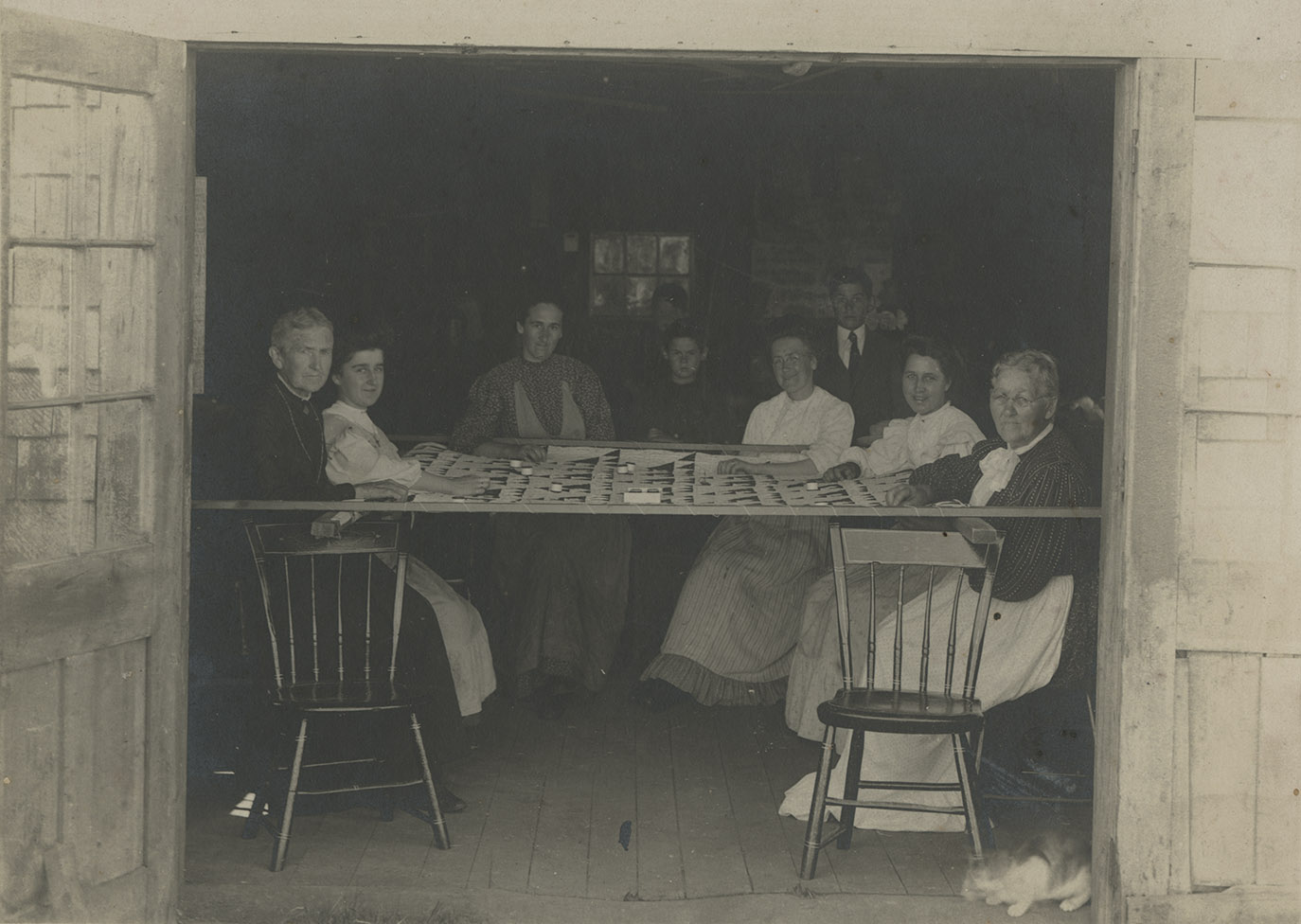 The inhabitants of the Baronnie were deported to Massachusetts at the end of April 1756. In 1766, the Amirault, Belliveau, d'Entremont, Duon (now d'Eon) and Mius families left Salem, Massachusetts, in a boat they had built, on their way to Quebec. They stopped in Halifax, where they told the authorities that they were going to Quebec to be able to practice their Catholic Religion. They were told to choose any place they would want in Nova Scotia and that a priest would be sent to them shortly.

They turned around and headed for the region where most of them had lived prior to the Expulsion. In the spring, 1767, they went to the place where was located the barony. They resettled the communities of the Pubnicos of today and other communities in the present District of Argyle.

In 1973, a group of interested citizens from West Pubnico decided to organize an historical society as one way of working toward the preservation of their heritage. It now bears the name of "La Société Historique Acadienne de Pubnico-Ouest". It has been quite active since its foundation and in 1977 its members purchased a dwelling house in the village which they promptly transformed into a museum. Through local help and donations, as well as through grants from the Federal and Provincial governments, the task of renovating the place went along very well, so that as it now stands the museum compares favourably with other museums of the same size. Artifacts have been coming from different sources and visitors seem to be pleased with what has been done so far.

Since its official opening in 1979, the museum has acquired an impressive selection of artifacts which depict how life would have been for our ancestors at an earlier time.

In addition to household items, there are documents and literature dating back to the 1700's which are of great interest to the genealogist and historian. The museum's new wing boasts a fine display of cameras, photographs and associated paraphernalia, including a very rare gas operated upright enlarger, circa 1895. There are over 300 cameras spanning one hundred years of photographic history.

The Archives « Centre de recherche Père Clarence-J. d’Entremont» is located on the second floor of the Museum and Centre de recherche annex. The archives house many collections including the private collection of historian Father Clarence-J. d’Entremont. Amongst the collections found in the research center are over 5000 library books and periodicals (historical and genealogical), genealogies, land grants, deeds, microfilms, photos, maps, photographs, church records, etc.

You can find us as the Musée des Acadiens des Pubnicos website.