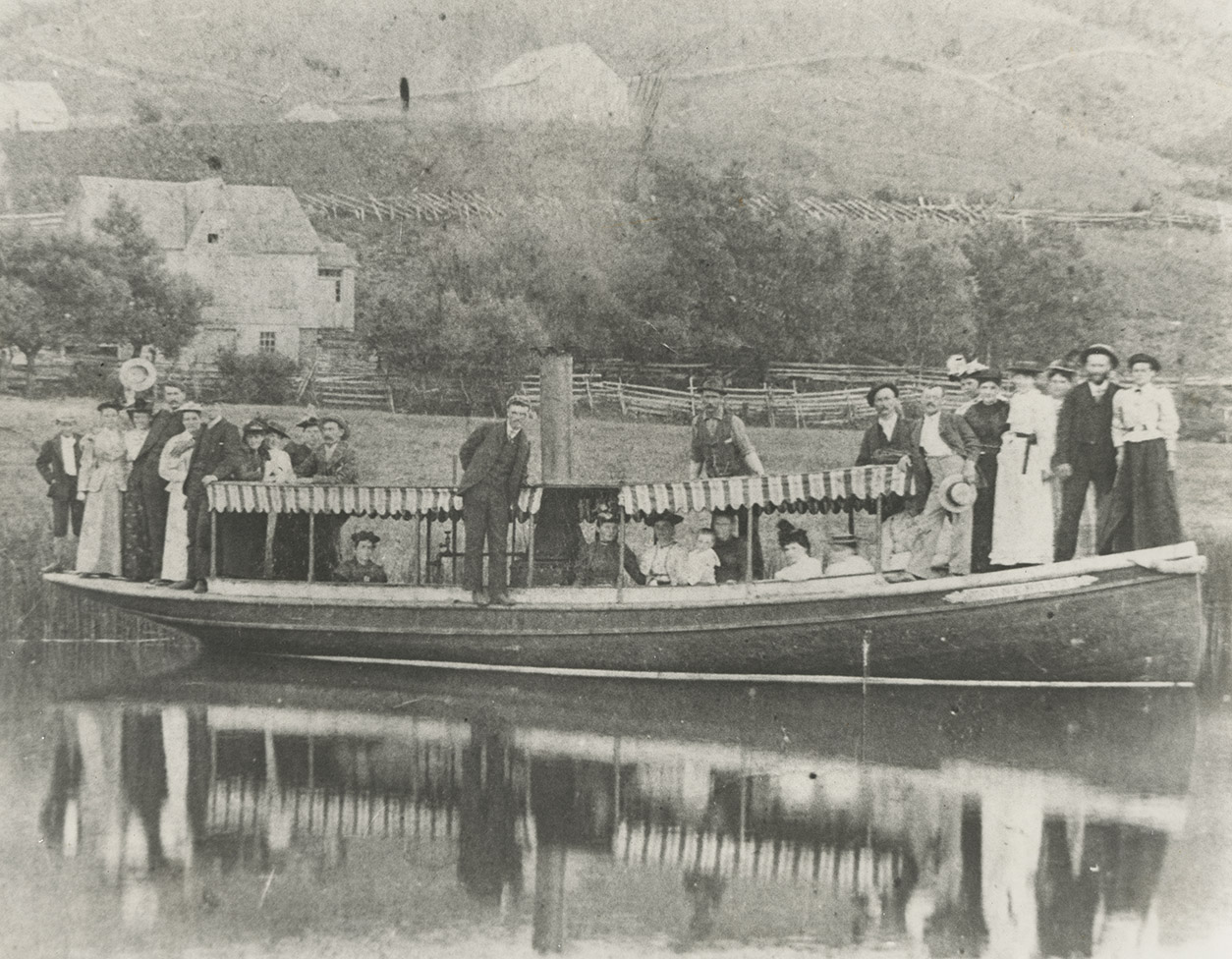 The settlement began in 1820 when a wave of Scottish settlers came to this continent. This album will cover the years 1867 to 2017.

To relate some stories of East Lake Ainslie, I will begin with a section titled 'Yesterday', followed by sections 'Today,' and 'Tomorrow,' 1867 - 2017 — the album itself will follow this structure. Most of the information is from the history and pictures in the Archives of MacDonald House Museum.

Lake Ainslie itself is an important feature of the community. This is true now and has been since the pioneer days.

Prior to 1867, the Mi'kmaq people walked the beaten paths and navigated the waters of Lake Ainslie in days before our written history began. Folklore tells us the French used the waterway as they fled Louisburg.

Lake Ainslie must be featured throughout the conversation. From the pioneer days to the present vibrant communities were features of life where the lake was in the forefront.

In the beginning, small farms of several hundred acres were acquired from the Crown and so began years of subsistence farming. This meant that whatever was left of the produce produced to feed the animals and the family would be sold in the villages of Whycocomagh and Inverness. The income would then be used to pay for the necessities such as taxes, a new plow, harness, pots, and food, such as salt, tea and sugar. Records at MacDonald House Museum indicate barter was a way of life, when men and women would help each other on the farm and in the kitchen. Lumbering and fishing provided some income. Several attempts to mine Barite began over the years, but failed.

In the history of the community, three institutions were considered essential: the home, the school and the church. Large families were the norm with many households having a dozen children, grandparents, maiden aunts, or men who just needed a home. With no social network, pensions, senior housing or child care agencies, homes in communities provided the only shelter or care available. One census record from 1871 shows fourteen persons including six children who were orphaned and in the home of their grandparents, along with a son, his wife and two children.

About 1879, the influx of settlers brought about a time known as "out migration." The rural communities could not provide either jobs or homes, so from Lake Ainslie area the place to go was the eastern United States, or the gold mines in Montana. There was the Gold Rush to northern Canada, and later The Harvest Train carried folks to the west.

During this period, two World Wars came about to disrupt life at Lake Ainslie. Loss of life, disrupted families — the war effort and the uncertainty for many caused not only heart break but farms suffered due to the loss of the many who were called away, some never to return.

I mentioned the impact of two world wars in Yesterday, however there was a lasting impact which affected the years that I call today's stories. I was a little girl when a news broadcaster with a commanding voice said, "The war is at your front door." I took him literally and cried after my mother tucked me into bed. When she asked me why I was crying, I told her that the War is at the front door.

The next era began after the war. Boys who went to war came home as men, some never the same again. When the men came home many marriages took place, new families brought change. A new out-migration began. Farms could not support the new families. This time newly weds left for Ontario, for the most part to Toronto, or to northern communities such as Elliot Lake.

Around this time governments were elected to bring about change. Among these changes was Rural Electrification. We got power! Roads were improved, Snow plows kept the roads open all winter. The old farms were sub-divided, some sold their farms to what we call, "summer folks." People began to come home from away to retire. They restored old farm houses, or built cottages. The shoreline properties became valuable. Everybody wanted some!

Schools consolidated. People turned old schoolhouses into homes. Governments took over tasks undertaken previously by local farmers. This change involved schools, hospitals and fire protection. A new fire hall was built with volunteer firemen, helped by government subsidies. Telephone service was improved, roads were improved, then paved and bridges were replaced. Tourism became a vital industry. Two campgrounds, an art/antique studio, a weaving centre, Patterson's country store (one of the few in existence today) can be found in the Lake Ainslie/Scotsville area. Then up to, 2017, technology gave us communication systems we had not even dreamed about!

This story will illustrate this period. Briefly, a neighbour came to visit. The party line telephone was newly installed in the house. My father-in-law told his neighbour to go on over and pick up the phone. It was a party line. Excited, over he went. He took his pipe out of his mouth on the way and put it down, and said, "I better put this away before they smell it!"

The future is unknown. Signs of growth are evident in Lake Ainslie.

Today, we live in a vibrant community. There are four new families who live and work here. There are several children preschool age. Tourism is flourishing with two campgrounds — Mac Kinnon's, and Ainslie Village — and small businesses already noted. The Lake Ainslie Fire Department own the hall which serves the needs of the entire area. A strong group of volunteer firemen protect the community. The Weaver's Guild has a centre which hosts cultural events, and teaches the craft of weaving.

Our roads are paved and a new bridge replaced the old iron bridge of days passed, and high speed internet service is available and needs more upgrade work as of now. We have street lights along the highway. Snow removal is efficient. The school bus transports students to Inverness. The village of Inverness is also where the hospital and our doctors' offices are located. There are two churches in the area, The East Lake Ainslie Presbyterian Church which is new after fire destroyed their church a few years ago and Grant United Church.

To end this section, a little girl once was part of an exercise to predict the future of Lake Ainslie. To the question, "What will LAKE AINSLIE be like in the future?" Her answer, "I think the cemetery will be very full." Today, this little girl is a successful teacher. She and her husband and children live in and support our community. Yes, many are seniors and there are funerals! Lake Ainslie, however, is a thriving community with a vibrant outlook. We have hope for the future and pride in the past.

MacDonald House Museum resides principally in a small house built in 1839 which was later donated to the Lake Ainslie Historical Society for use as a museum because many important historical items were being lost without a dedicated space to maintain them. The museum now fills four buildings with collections that show rural life in Cape Breton in the last century and to the 1940's. 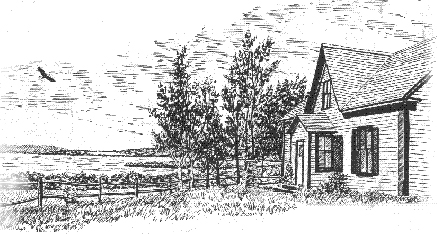