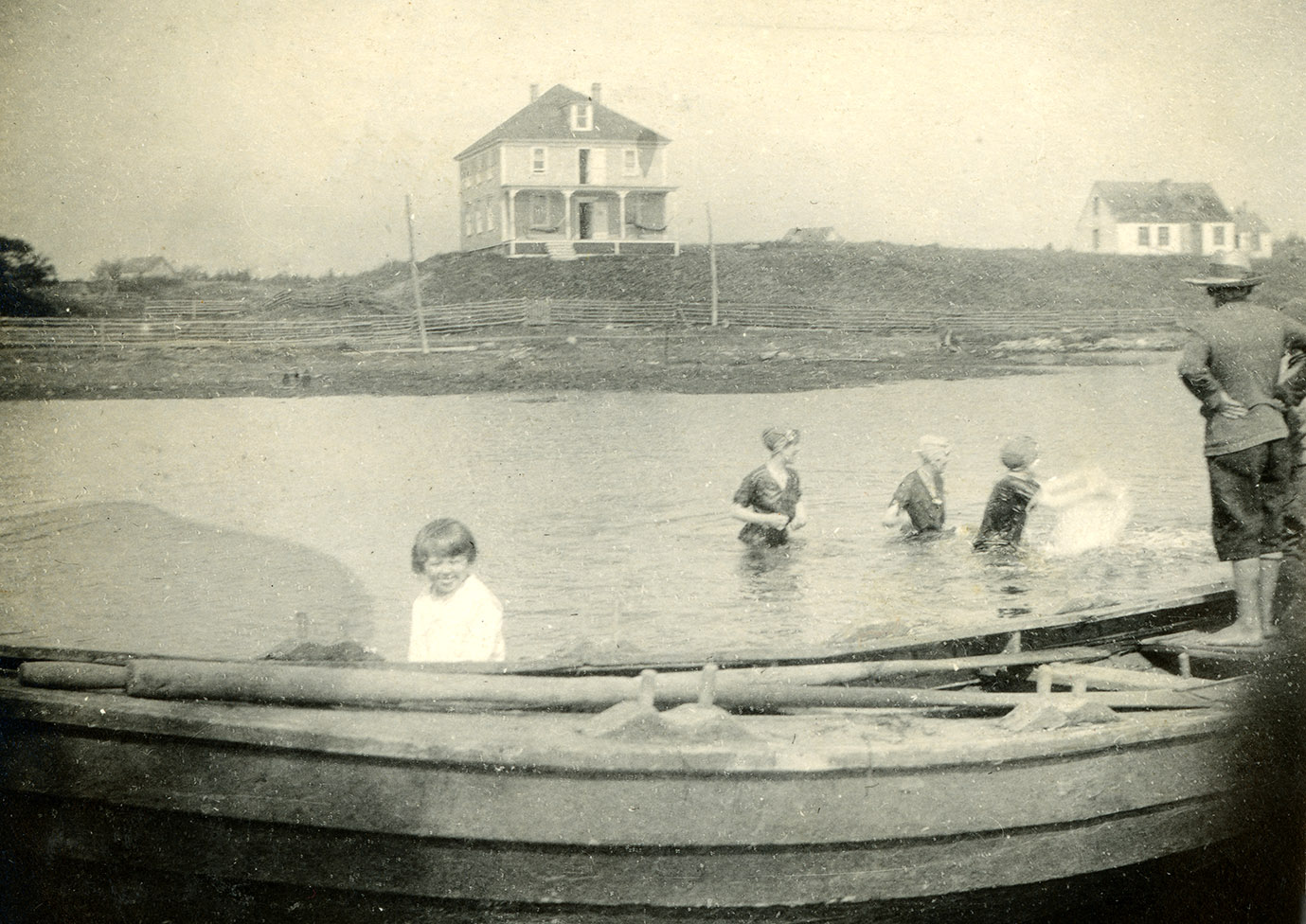 The Eastern Shore Archives was founded in 2003 with a mandate to acquire primary and secondary records related to the genealogical, social, business, and natural history of the Eastern Shore communities within the Halifax Regional Municipality (from Lawrencetown to Ecum Secum). The geography that the Eastern Shore Archives is responsible for consists of more than 150 kilometres of sparsely populated coastline, mainly comprised of small hamlets, with a total population of less than 9,000 people. Until 2003, there was little archival preservation taking place on the Eastern Shore, although several historical societies had been collecting materials since the mid-1980s. In fact, much of the archival preservation of this region has been left to its residents who have cared for family histories, documents, photographs as well as records related to businesses, schools, churches and leisure organizations. With limited governmental institutions on the “Shore”, and with communities spread out and often isolated, archival documents and tangible evidence of the Eastern Shore’s history are very limited and we must be thankful to those who had the foresight and perseverance to hold on to what limited material exists so that our past may continue into the future.

For this Community Albums project the Archives identified seventy-three distinct community names within the 153 kilometres of coastline and inland approximately 25 kilometres, to include communities like Mooseland and Lewiston. Of those 73 communities, 52 are represented in this album, along with 3 lighthouses offshore. Those communities that did not make it into the album are either no longer in existence or we were unable to find a representative photo. The communities are presented in a linear fashion, from west to east, as you would encounter them if driving from Dartmouth east to the Guysborough County line.

All the photographs included in this album are from the Eastern Shore Community Photo Database Project which began in 2000 as a fieldwork initiative to scan the personal photographs of Eastern Shore residents in their own homes, rather than asking for the outright donation of photographs. At these home visits volunteers scanned photographs dated before 1950, creating archival quality scans while allowing the originals to remain in the homes of their owners and descendants.

The volunteers who worked on this project wish to thank the many residents who opened their homes, who hunted through their attics and storage boxes to retrieve photographs or to find new ones. Additionally, the Archives would like to thank the many people who helped to verify, augment, and clarify the details written about each image. If there are errors, they are solely the responsibility of the Archives and we sincerely hope that viewers will send additional information and clarifications to us. The Archives is always looking for original photographs of the Eastern Shore to add to our Photo Database of more than 2,500 images. If you think you can help, please get in touch so that together we will be able to continue to preserve the photographic heritage of the Eastern Shore.