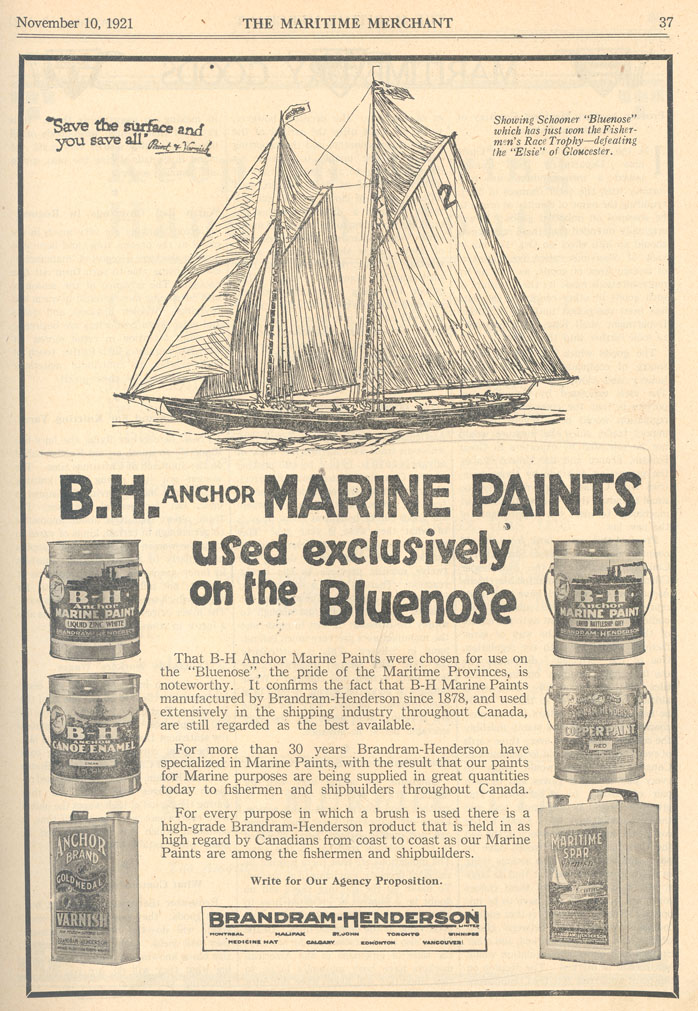 Advertisement in The Maritime Merchant: "That B-H [Brandram - Henderson] Paints were chosen for use on the Bluenose, the pride of the Maritime Provinces, is noteworthy. It confirms the fact that B-H Marine Paints… are still regarded as the best available."