next
6 pages previous page 2 next 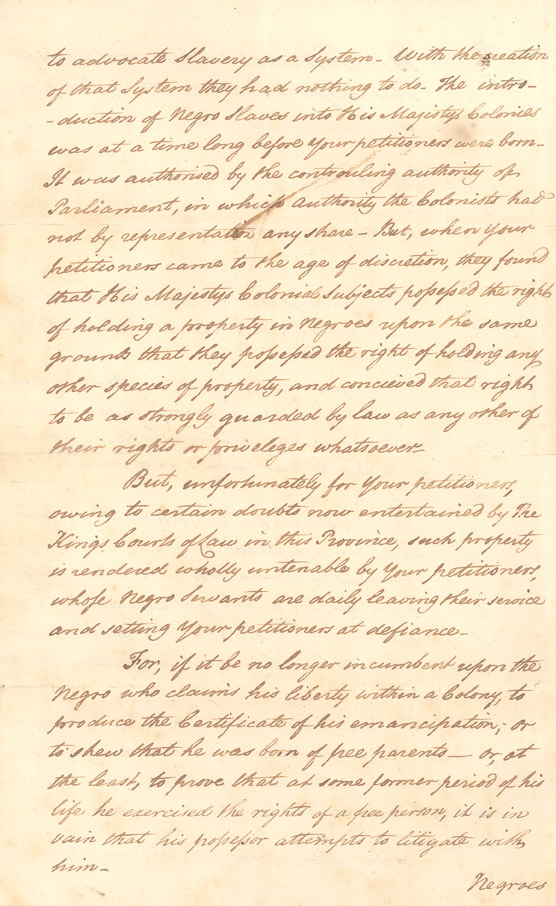 Twenty-seven Loyalist slaveholders from Annapolis petition the Assembly to uphold their 'rights' as slaveholders. Among them they claim ownership of eighty-eight slaves.

Taylor and the others claim that they are entitled to hold slaves because "property in Negroes was maintained, and acknowledged, if not encouraged" by the British government. Although the petitioners claim not to advocate the system of slavery, they believe that the King's subjects have the right to hold "property in Negroes." Yet the Nova Scotian courts have not upheld these rights, and this has caused the petitioner's slaves to run away or defy orders. The petitioners hope that the government will enact a law to secure their property. Or, should slavery be abolished, that the government will provide them with "equitable compensation."

Such a bill was introduced but it did not pass.