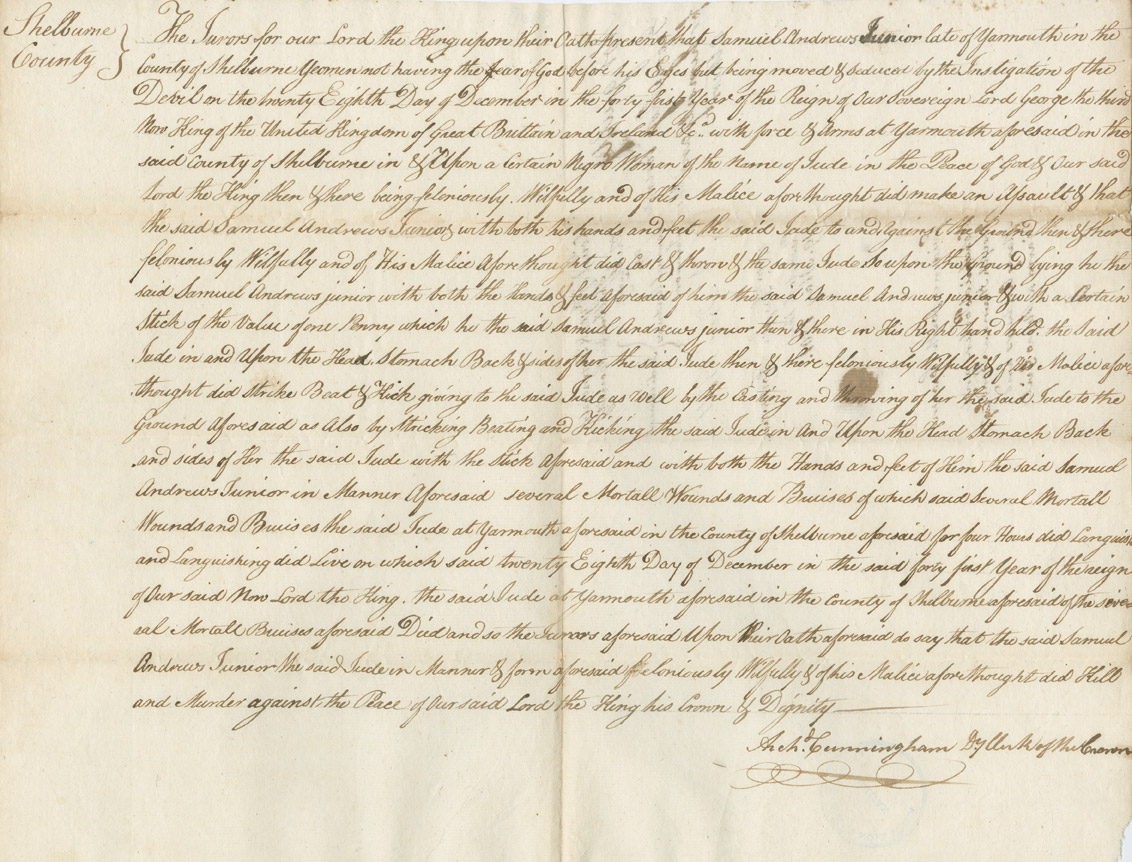 Loyalist Samuel Andrews Sr. of Tusket River, Yarmouth County, and his sons Samuel and John were tried in 1801 for the murder of their slave 'Jude' the previous year. They claimed that her death was accidental. Medical evidence showed that she had been killed by a blow from a "blunt pointed instrument." A fellow slave, 'Diana', who referred to Jude as "my sister", testified to having seen John and Samuel Andrews standing beside Jude, each with "a stick about the size of an iron candle stick and of the length of my arm". The jury acquitted the Andrews. Samuel's wife Mary was also indicted but not tried.