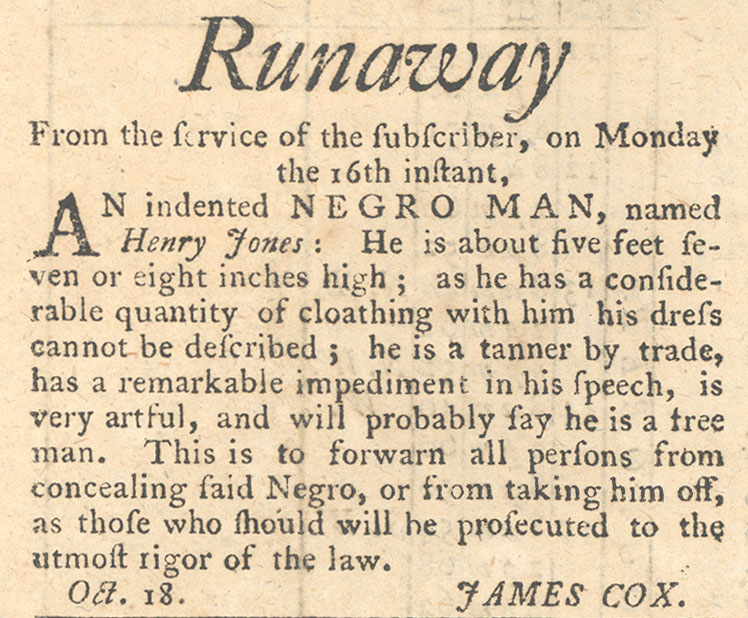 James Cox advertises for the return of his indentured servant, named Henry Jones. Jones had been trained as a tanner. Cox mentions that Jones has an obvious speech impediment, but remains remarkably "artful" and will attempt to pass as a free man. It seems likely that Jones indentured himself to James Cox because he had difficulty obtaining work as a tanner.