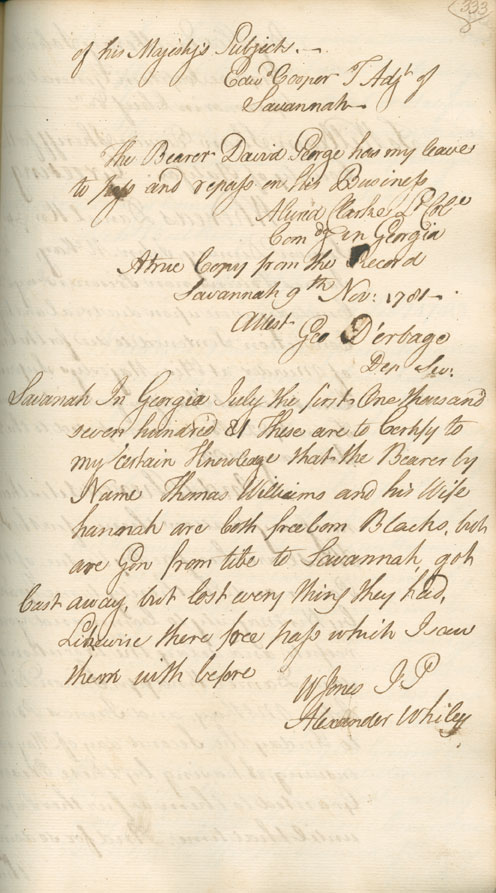 Thomas Williams and his wife Hannah were Loyalists. They had lost their "free pass" and all their possessions in a shipwreck, but were able to have their status as "freeborn Blacks" certified by an official who had seen their passport previously. In 1789 Joseph Leonard and nearly 150 other black settlers including Thomas Williams applied for a land grant at Clements township. Warrants to survery 50 acres for each were issued, but the grant was never made.