Nova Scotia Archives is home to many records documenting the history of slavery across the province (including in Halifax, Annapolis and Sable Island among others). The documents collected in this resource build context around the recognition of Emancipation Day – including Nova Scotia’s history of slavery, the experience of enslaved people, the contemporary reaction to Emancipation (primarily from newspapers), and records of life after emancipation. 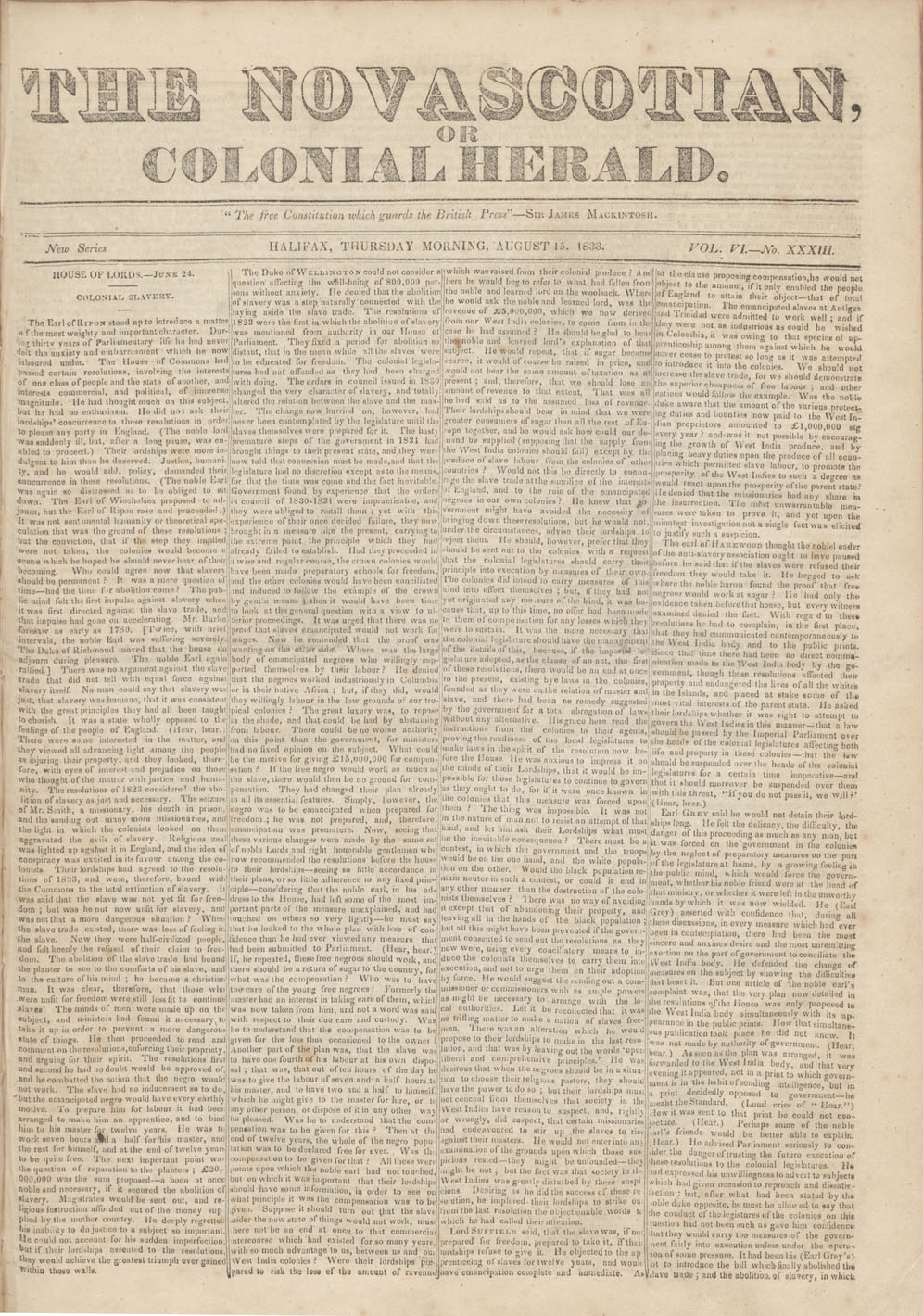 Newspaper coverage of the debate on "Colonial Slavery" 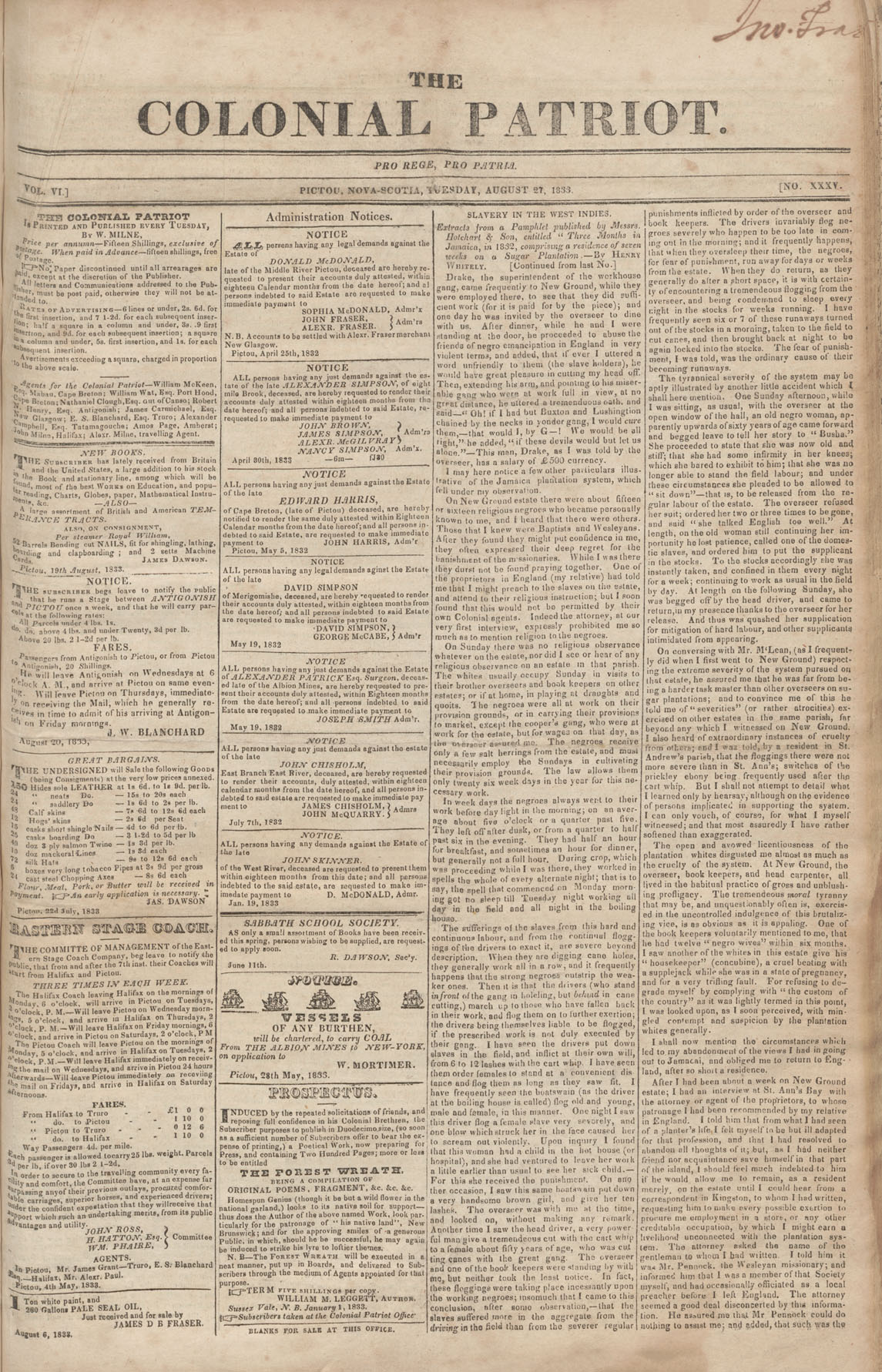 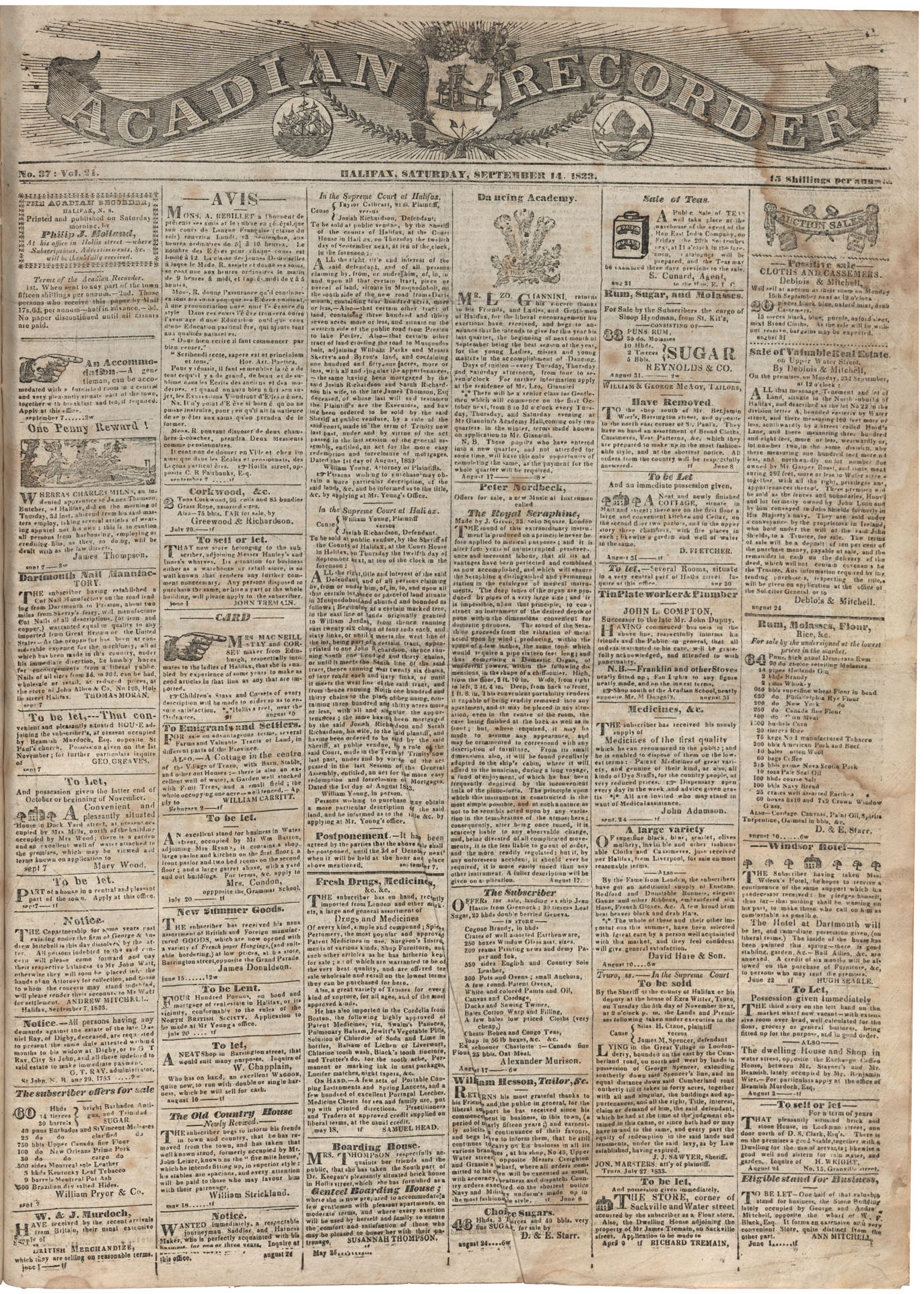 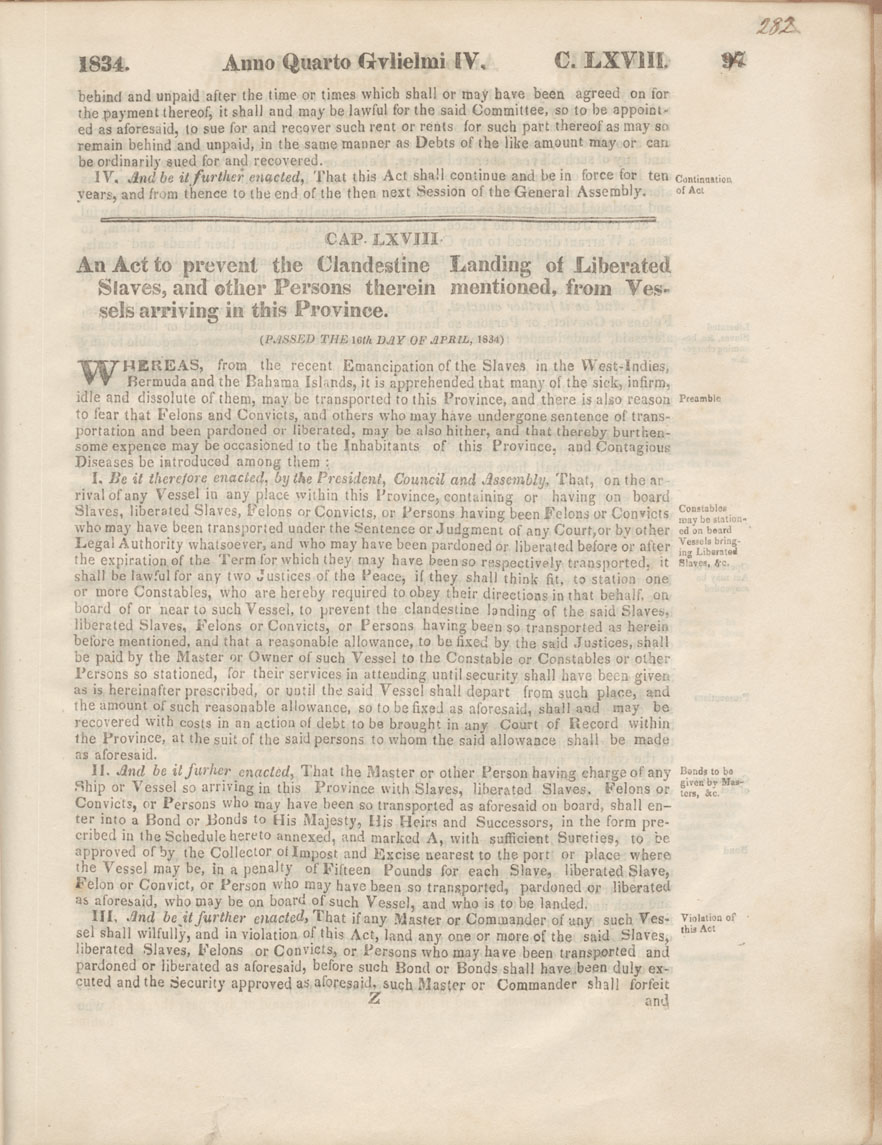 An Act to prevent the Clandestine Landing of Liberated Slaves and other Persons mentioned, from Vessels arriving in this Province. 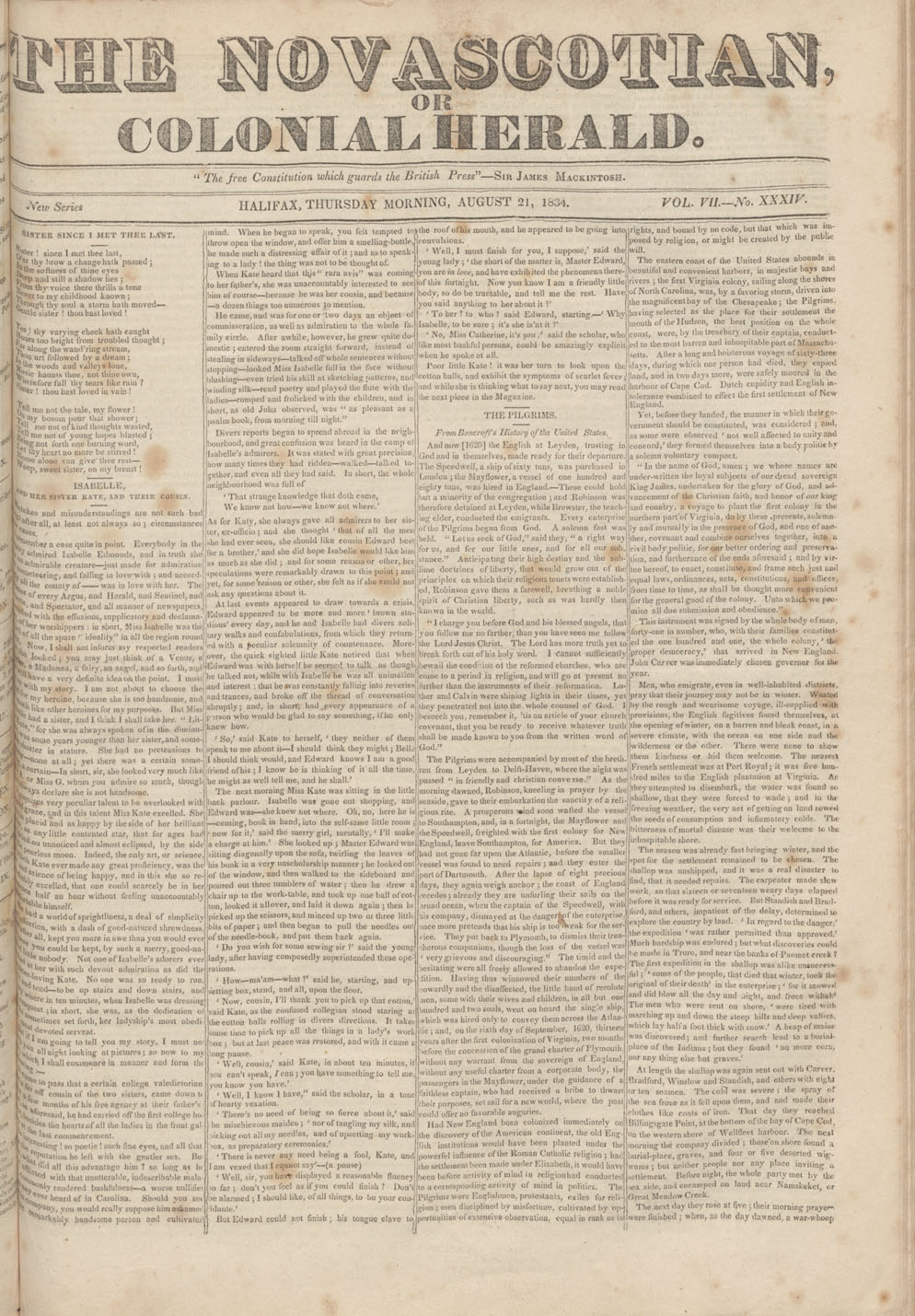 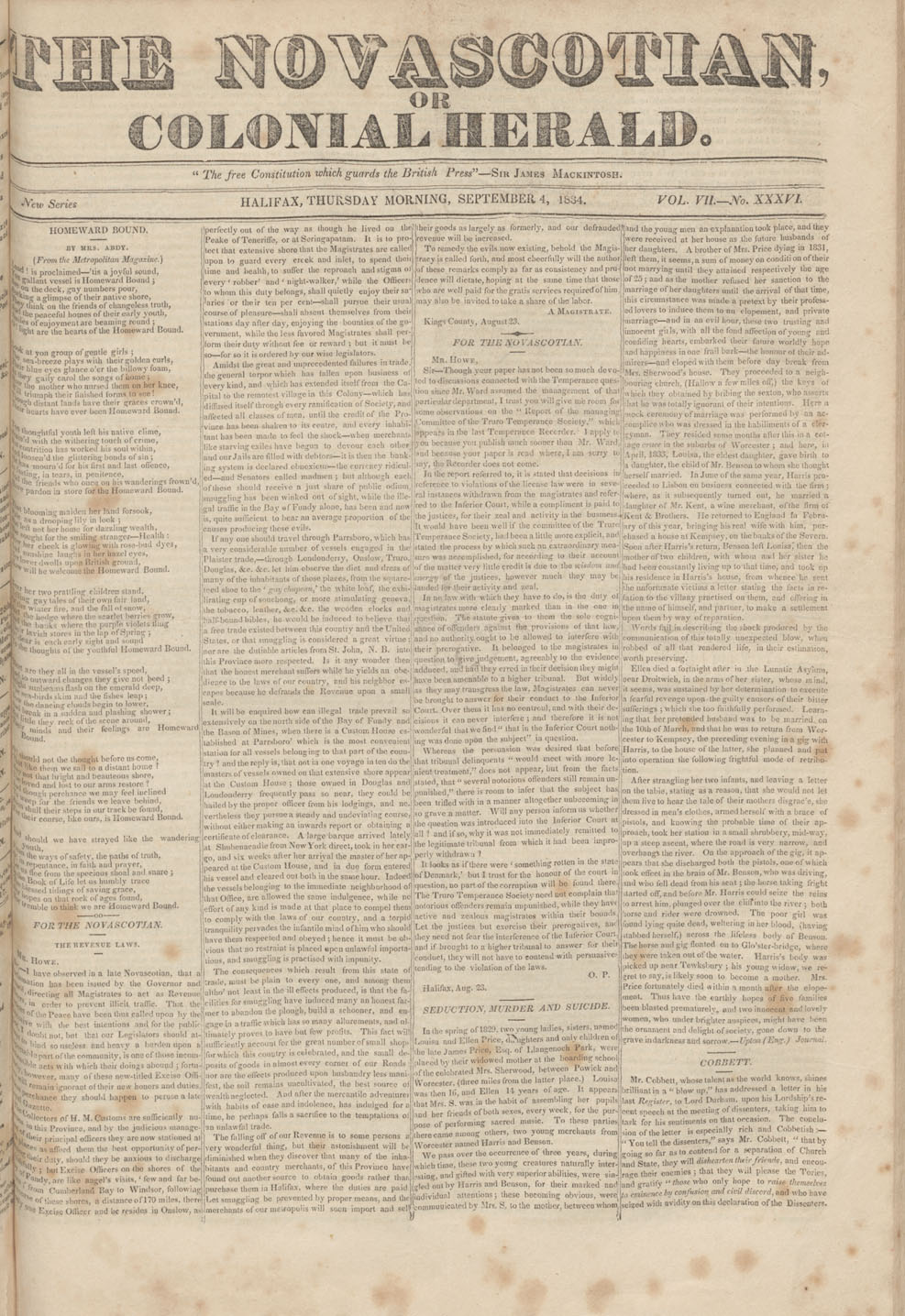