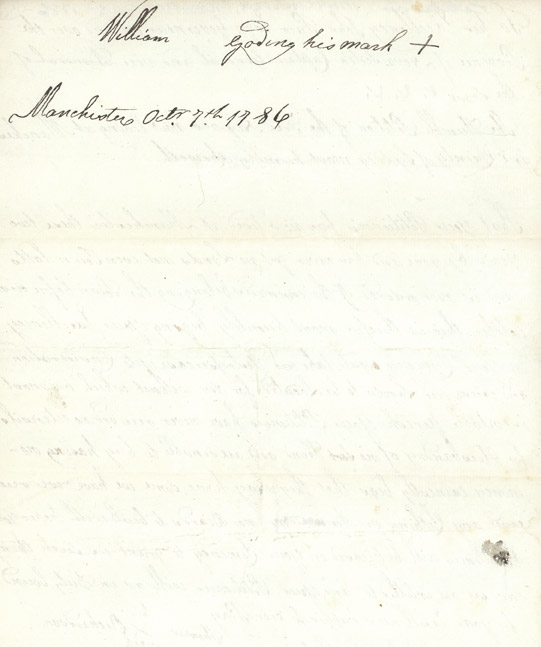 In this petition, the free black settlers of Manchester complain that they have lived in the local area for two years but have "never got no lands not even town lotts." The petitioners also mention that they have never received any farming tools or boards to build houses. Nor have they received their allotment of clothes which other immigrants obtained.

This petition should be considered in light of the fact that the government of Nova Scotia was totally unprepared for the large numbers of refugees arriving in the colony after the American War of Independence. Yet black people always received less than other settlers. They sometimes, as was the case with the black settlers of Manchester, received little land and few rations.